“You know nothing about freedom of speech!” Parliament hears the names of those thrown out from the public media by Platforma Obywatelska. 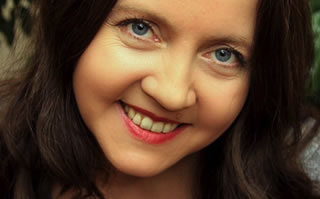 A stormy debate took place in Parliament (Sejm) over the Public Media Law. A strong speech was delivered by Joanna Lichocka of the Law and Justice (PiS). In her speech, she pointed out the names of the journalists who had been sacked from the public media during the PO-PSL term in office. “During the time you were in office, I was thrown out of work from the Public Television station, at the time ruled by your party buddies. Lichocka turned towards MP Pomaska of the Civic Platform (PO) party and asked:  “Should I read out the names? You have no shame,” Lichocka added.

The draft law on radio and television broadcasting was considered in the parliamentary commissions. The Sejm defeated a motion to reject the proposed draft law at its first reading. This is the first stage of the reform of the public media sector. A meeting of the Energy Commission and the State Treasury along with the Culture and Broadcasting Commission took place, which considers the draft media law. The debate in Parliament was vigorous.

“I would like to pose a question. Do you recall the circumstances during which journalists and media people were being kicked out of their jobs from the Polish Press Agency (PAP) after the PO-PSL-SLD parties took power? I recall a few names: Bronisław Wildstein, Rafał Ziemkiewicz, Krzysztof Skowroński, Marek Pyza, Anita Gargas, Katarzyna Hejke, Tomasz Sakiewicz, Jacek Sobala, Michał Karnowski, Anna Sarzyńska, Witold Gadowski, Mariusz Pilis, Agata Ławniczak, Jolanta Hajdasz, Wanda Zwinogrodzka, Artur Dmochowski, Piotr Skwieciński, Maciej Świrski, Krzysztof Karwowski, Marcin Wikło, Bartłomiej Wróblewski. A minute is not enough time to name all of them. You sacked all of those who were not obedient to your will and who were critical of the governing coalition. Jan Pospieszalski was the sole exception. Those whom you had only slight doubts were stashed away for hire. That is how you respected freedom of expression. Journalists-for-hire,” stated Lichocka

“During the time you were in office, I was fired from the Public Television station, which was at that time ruled by your party buddies,” said Lichocka, directing her comment towards MP Pomaska of the Civic Platform (PO). “You have no shame! You know nothing about freedom of speech. During your rule, a secondary parallel network of independent and underground media came into being! (…) We want to return the public media to the Polish people,” said Lichocka.

Her speech was interrupted by a shouting MP Agnieszka Pomaska.

PiS politicians predict that they will accelerate the reform of the public media. As was unofficially learned, a new TVP management structure may be announced soon. The proposed legislation will change the role of KRRiTV, but will also "shorten the terms of the existing management of Telewizja Polska SA (Polish Television) and Polskie Radio SA (Polish Radio)". The draft legislation assumes that the Management Board and the Supervisory Board of the Polish Public Broadcasting shall be appointed by the Minister of the Treasury, and the term of the current Board of Directors shall expire on the date of entry into force of this Law.