Lech Wałęsa collaborated with communists! Full details of graphology expertise to be released. 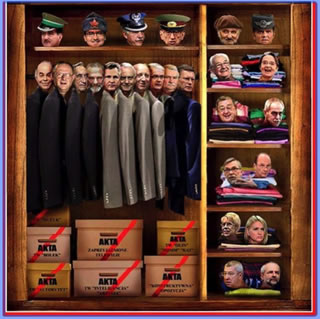 The graphologists’ opinion regarding the “Bolek file” issued by Jan Sehn Institute in Kraków, confirms that Wałęsa collaborated with communist security services. This information has been released by the Polish Press Agency, based on the sources from the Institute of National Remembrance (IPN) and the Collegium of IPN. The sources did not specify the timescales of the collaboration.

Full details of the official expertise report issued by Jan Sehn Institute will be disclosed during a press conference.

According to sources close to IPN’s Chairman Office and Collegium, the opinion regarding documents from the “Bolek file” found at the house of General Czesław Kiszczak after his death, confirms Wałęsa’s collaboration with the communist security services SB. The opinion is about a thousand-page long. The sources confirm that the authenticity of merely several documents were questioned, and those were of no importance to the opinion. The sources did not specify the timeframe of the collaboration.

Experts from Jan Sehn Institute analysed the handwriting samples found in the “Bolek file,” which included a declaration of collaboration signed as Lech Wałęsa - “Bolek.” The former president Lech Walesa denied the authenticity of the files recovered by IPN from General Kiszczak’s widow.

The conclusions of the Sehn Institute report scheduled to go public on January 31, 2017 shall settle this matter once and for all. The analysis was ordered as part of the investigation led by IPN in Białystok concerning suspicions that certain SB officers lied about “Bolek” in exchange for material or personal gain. The authenticity of the files was questioned by Wałęsa.

The investigation was initiated in February last year, after Lech Wałęsa first mentioned the forgery of some documents in the file, i.e. receipts for accepting money. In April 2016, after Wałęsa questioned the authenticity of handwritten documents from the “Bolek file” that were shown to him, the IPN commissioned a handwriting analysis.

During a recent IPN conference, Wałęsa announced that “he was not on that [communist] side, not even for a second.” He categorically denied the authenticity of documents within the possession of IPN recovered from General Kiszczak’s widow.

“I have proved, and the IPN has proved that documents were forged, including all the signatures, allegedly mine. Now, Kiszczak and his files are investigated, but we all know that it was Kiszczak himself who ordered that all the files be destroyed. There are protocols, lists and names to prove it,” argued Wałęsa.