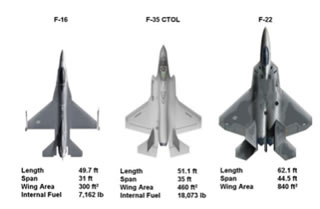 The announcement has been made by Deborah James, Secretary of the Air Force. She has not specified when, where, or how many of the fighter aircrafts will be deployed. She has revealed, though, that the decision was made in agreement with Ash Carter, Secretary of Defense, who had previously appealed for a harder stance towards Russia.

The Reuter agency emphasizes that sending the new fighter aircrafts to Europe is the American answer to growing concerns, in particular among the Eastern European allies, about the threat posed by Russia.

"Russia's military activity in the Ukraine continues to be of great concern to us and to our European allies,” James said at the press conference in Pentagon. She stressed that deploying the F-22 aircrafts is a clear signal from Washington.

The Air Force chief of staff Gen. Mark Welsh informed that the deployment of F-22 aircrafts will enable American forces to gain experience from European allies, and to test capabilities of Raptor fighters in operations alongside European aircrafts, such as Eurofighter.
So far, the F-22 fighter aircrafts have been used at American military bases in Japan and South Korea.

The F-22 Raptor has been designed by Lockheed Martin company. It is a type of a single-seat, all weather stealth tactical aircraft. It can be used against other aircrafts, in cyber war, as well as to destroy targets on the ground. The F-22 was introduced into military service back in 2005.

The first mission to use the F-22 Raptor fighter aircrafts was during the airstrikes against jihadi combatants from the Islamic State group.