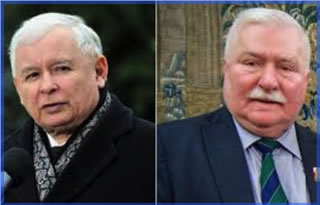 The Chief of the Personal Data Protection Office reported to the National Council of Broadcasting and Television that TVN television station violated privacy law during the broadcast of the court hearing in the legal action taken by Jaroslaw Kaczynski against Lech Wałęsa for defamation in connection with the Smolensk tragedy.

While broadcasting the court hearing, the TVN zoomed in on the ID card of Jaroslaw Kaczynski, reviling to the public protected personal information of the Chairman of the governing Law and Justice Party Jaroslaw Kaczynski.

Internet users immediately pointed out that TVN violated privacy law in its broadcast from this high profile hearing. At one point the TVN camera zoomed into the ID card showing a personal identification number of Chairman Jarosław Kaczynski. The public could easily read his social security number, a series and document number.

Beautiful close-up done by TVN camera man let the shot go viral. Marcin Rol immediately wrote on Twitter: “So, even in this context (of a sensitive personal drama related to the Smolensk tragedy), they could not maintain basic decency standards and had to violate the privacy law.”
According to "Rzeczpospolita", the case was referred to the President of the Office of Personal Data Protection, Edyta Bielak-Jomaa who wrote a letter to the head of the National Council of Radio and Television requesting that appropriate steps be taken.

In connection with the TVN broadcasting on November 22, 2018 of a material in which a magnified image of the identity document of Chairman Kaczynski was broadcast nationwide with easily readable personal data, the President of the Office for Personal Data Protection stated that such practice violates privacy law and is inappropriate from the point of view of the protection of personal rights of any person who have been or may be in a similar situation in the future.