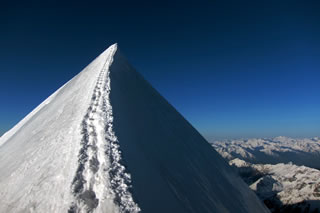 Jacek Saryusz-Wolski, a candidate of the Polish Government for the position of President of the European Council, was brutally attacked by the Polish opposition after losing to Donald Tusk.

“This is the summit of hypocrisy that the same people who destroyed the image of Poland through denunciations, now deplore the weakening of the position of Poland,” wrote Saryusz-Wolski. The same people who deliberately destroyed the standing of Poland in the EU through unfounded denunciations, fake news, staged provocations and attacks, now deplore the weakening of Poland’s position in EU because of the Polish vote against Tusk.

Jacek Saryusz-Wolski, who was Poland’s candidate for the President of the European Council opposing Germany’s favorite Donald Tusk, responded to the fury of attacks after the summit in Brussels where Tusk with the support of Angela Merkel was easily reappointed to the second term. "I decided to run for this position to protest against the slanderous, libelous and derogatory accusations of Polish democracy that Donald Tusk autorized. We cannot build a European community without and against the Member States... I knew how much the Reytanian objection would cost. So much hatred becuase I challenged the European legitimacy that is instrumentally overused."

His Twitter press conference Saryusz-Wolski began with entry, which comments on the loneliness of the Polish vote against Donald Tusk in the European Union:

The MEP also criticized the concept of two-speed Europe promoted by Chancellor Merkel of Germany. “A multi-speed EU is old wine in new bottles, it is really the so-called 'enhanced cooperation' already contained in the Treaty. It is not used,” wrote Saryusz-Wolski.

The Polish candidate for President of the European Council also expressed his views on the scandalous statement of the President of France, who resorted to financial blackmail of Poland in connection with Tusk reappointment. MEP Saryusz-Wolski devoted several tweets to this problem, recapping the principles that govern the management of such funds within the EU.

“EU funding has nothing to do with charity. It is a compensation that the poorer EU member states receive in exchange for opening their markets to absorb asymmetric shocks,” wrote the Polish MEP.

“This is not charity, but the fee that the richer states pay to the poorer states for participation in the Single Market… The funds derive from EU law, not from solidarity because (solidarity) is voluntary, from the heart and of reason, it cannot be introduced by force, as it was already tried (by Mr. Schulz). Without the funds there would be no Single Market, the poorer countries would not open their markets, without them, they would close their markets; that means the collapse of the Single Market,” wrote Saryusz-Wolski.

“The size of the funds for a given country depends on objective parameters: population, GDP relative to EU average, unemployment, but not on political favors,” he concluded.

After the lecture on financial basics of EU law, Saryusz-Wolski commented on the attitude of the total opposition in Poland: “It's the summit of hypocrisy that the same people who destroyed the image of Polish through denunciations now regret the weakening of the position of Poland in the EU.”

MEP Saryusz-Wolski also responded to those who are attacking him for accepting the nomination for the EC position from the Polish Government.

“Since when it is a sin in a democracy to stand in competitive procedures and a virtue to participate in opaque dealings?”
Clarity of political thought of MEP Saryusz-Wolski is obvious. Could that have been an obstacle in a serious consideration of his candidacy for the head of the European Council?