Brute symbolic violence was used to humiliate Poland in Smolensk 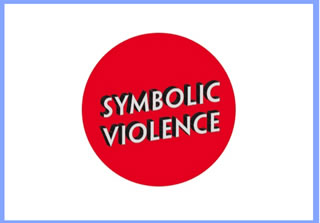 The site wPolityce.pl has spoken with Polish prosecutors who participated in the recent exhumation of the Smolensk victims’ bodies. In the opinion of the prosecutors who assisted in the latest exhumations and autopsies, the bodies were not only buried in the wrong graves, but also desecrated. This is the proof of not the chaos and haste of the Russians, but simply their bad intentions.

Mistakes, shocking negligence, and plain depravity – this is the picture of the Russians who placed the remains of the Smolensk victims in the caskets that emerges from discussions with the Polish prosecutors who have participated in the latest exhumations.

A women’s hand with a ring on her finger was found in a coffin bearing the name of a man, as if it was just thrown in. It's a deliberate desecration, not a mistake, said one of the investigators. Other prosecutors noted that the Russians who placed the bodies in the coffins were completely unsupervised. They did whatever they wanted and however they wanted.

The key examples of the total lack of respect for the victims are: two heads and three pelvises in one casket, a plastic cup sewn into a body, or a cigarette butt found in the body of President Kaczorowski.

The paperwork was all in line but the facts were not, complains one of the interviewees who admits that Russian negligence or rather deliberate actions were intended to violate the dignity the Smolensk victims. Such findings shocked the Polish experts and investigators.

None of us realized that it was so bad. We were all in total shock, said one of the investigators.

The Polish National Prosecutor's Office confirmed that, as a result of the most recent exhumations, 5 parts of other people's bodies have been found in 5 graves, and that 40 more exhumations will be carried out by the end of 2017.

We have no illusions. More of such shocking discoveries will be made. We are sure that there are still many scandals awaiting us. Charges should be brought against those who have committed these atrocious acts, said one of the prosecutors.

The treatment of the bodies of the victims of the Smolensk catastrophe was described by the weekly “wSieci”. One of the bodies was found with... three hands. According to another paper "Super Express", this was the macabre finding in the grave of the Natalia Januszko, presidential plane stewardess.

The National Prosecution Office the beginning reported that the exhumation of the bodies of the victims of the Smolensk catastrophe was essential to resolve earlier mistakes. The issues include possible misplacement of the bodies of victims of the April 10, 2010 disaster and anomalies in descriptions of injuries found in Russian documentation. On the prosecutor’s recommendation, four exhumations were carried out in March 20`17. Investigators exhumed and examined the bodies of Wojciech Seweryn, Natalia Januszko, Andrzeja Przewoźnik and Aleksandra Natalia-Świat.

As reported by the weekly “wSieci,” the exhumation and autopsies of the bodies was undertaken by a team of investigators led by Prosecutor Marek Pasionka.

In addition to forensic doctors from Polish institutions, an international team of world class experts is participating in this process. It includes Prof. Silke Grabherr, head of the Institute of Legal Medicine in Geneva (world authority in the field of imaging autopsies, having performed the autopsy on Jaser Arafat), prof. Guy Rutty from the University of Leicester (having participated in the study of victims of Boeing 777 Malaysia Airlines shot down over Ukraine), and UN expert, Prof. Duarte Nuno Viera, Dean of the Faculty of Medicine from Coimbra University.

The initial autopsy has unfortunately once again produced disturbing news about the treatment of the Polish victims by the Russians.

During the autopsies we look at, amongst other things, potential swapping of the bodies of April 10, 2010 crash victims and anomalies identified based on the description of injuries from Russian medical documentation, said the spokesperson for the National Prosecutor’s Office Ewa Bialik.