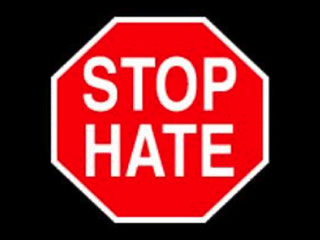 The brutal anti-Polish campaign conducted by the Western media since 2015 deeply offends Polish victims of German fascism and endangers peace and security in Europe and beyond. The cynical portrayal of Poland as an undemocratic regime that promotes racist ideologies is reminiscent of the worst anti-Polish hysteria spread by Goebbels propaganda just before the 1939 German invasion of Poland.

Attempts of the Polish government to reform the post-communist judiciary in order to finally deliver justice for communist crimes and post-communist corruption are effectively blockaded by the perpetrators of those crimes. They use Western media to undermine such efforts in order to protect their impunity. Although over 80 percent of the Polish people support judiciary reform, gravely biased reporting by Western media ignores this support and the reasons for it.

Unbearable social injustices accumulated since communist times and recent major affairs such as Amber Gold, OFE, Reprivatization, Krakow Courts, and others are of no interest to the Western media. However, it is not only in the interest of Poland but also in the interest of the international community to finally eradicate cross-border networks of post-communist corruption and crime. A totally unapologetic judicial cast must be reformed. The Western press intentionally fails to address these fundamental issues in reporting on Poland.

Instead of addressing real problems, Western media manipulate and distort the facts to incite hatred against the Polish people by, for example, calling participants of the Independence March celebrating 99th anniversary of Poland regaining its independence as “fascists, Nazis, racists, white supremacists, sympathizers of the Ku Klux Klan, xenophobes and anti-Semites.”

For the Polish people, whose nation was most affected by the atrocities of German fascism and Soviet communism, there is no worse insult than calling them fascists. Such actions are an extreme manifestation of hate speech towards Poles, attack their dignity in a most profound way, and cause deep trauma. The offensive descriptions supported by manipulated facts, false information and bad faith interpretation in order stimulate negative emotions against the Polish people, constitute hate speech against ethnic Poles, are true expression of racism, intolerance and information warfare, and therefore constitute criminal behavior.

An example of malicious intent of the media in their reporting on Poland is the hostile and outrageously manipulated interpretation of one of the banners presented at the Independence March, which said: "Clean Blood, Sober Mind" with the stamp of SXE. This banner represents a punk subculture born in opposition to the hippie movement in order to promote abstinence, i.e. no alcohol, drugs or smoking. This slogan was used in the West as a proof of Poland's promotion of racism and fascism. It is worth adding that Polish law prohibits the promotion of fascism, communism and all manifestations of totalitarianism.

Today, such fabricated falsehoods about Poland are massively replicated in the Western press on a regular basis. The portrayal of Poland as an undemocratic country in which fascism prevails is a boilerplate recipe from Goebbels propaganda manual used by German fascists to justify the 1939 German invasion of Poland. Back then, Goebbels propaganda overwhelmed the West with reporting on alleged persecutions of the German minority in Poland on the basis of incidents inspired by Germany itself and relying on numerous provocations carried out by the German minority itself. The Polish people are well aware of such tactics by fascist Germany. It is worth noting that the 1939 Goebbels “War of Nerves” on Poland was fully successful because in the critical moment of German aggression on Poland the Western allies hesitated and did not provide help to Poland, acting in accordance with Goebbels’ propaganda that it was not worth to “die for Danzig.” This tactic brought about catastrophe for all of Europe and the world.

According to the recently released official document of the Federal Republic of Germany entitled "Strategic Review 2040", Germany has been returning to the concept of its superior leadership role in Europe by acting as a spokesperson for globalists who fight for deep European integration and by controlling key institutions of the European Union.

Considering all the above, it is reasonable to conclude that Poland once again faces the highest threat to its sovereignty and independence. Therefore, the American Polonia should fully mobilize to defend Poland, especially against deeply offensive and false accusations of Poland as a center of fascism and racism in Europe. We strongly protest against labeling as fascists the victims of fascism by the descendants of fascists.