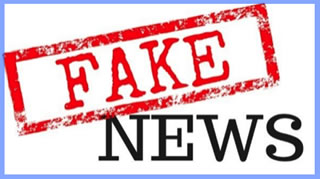 For the last 12 years PMI has been responding to historically false terms such as “Polish death camp” and to unjustified allegations of Poland’s complicity in the Holocaust. As primary tools in the fight against defamation, PMI sees education, unrestricted and professional historical research, and scholarly debates as the best actions to take. Legislative measures should play only a subsidiary role in our opinion.

PMI, and most Poles, understand well the feeling that there are some truths that are so painful that their denial must be punished. Therefore, PMI does not advocate against the Holocaust Denial laws, which have been in force for many years and which have the potential to inhibit freedom of speech and debate. PMI also understands the feeling that there are some lies that are so painful to hear (for instance, “Polish death camps”), that their purposeful propagation should also be punished.

Unfortunately, there is a fundamental difference between forbidding Holocaust Denial on one hand, and penalizing the denial of other genocides like the genocide on Poles or on Armenians. While the former is punishable in many countries, the latter are blatantly ignored (see for instance https://en.wikipedia.org/wiki/Perinçek_v._Switzerland ). Therefore, PMI is against the present global imbalance of the genocide denial laws, and we therefore advocate equal treatment and status for all genocide declarations.

The Polish Constitutional Tribunal must decide now whether the amendment to this new Polish Act of the Institute of National Remembrance will come into force in the present form, or if it should be changed. Poland doesn’t interfere with the constitutional tribunals of other countries and the Polish Constitutional Tribunal should also have the right to work independently. PMI doesn’t interfere with the work of the Tribunal and we expect the same from other countries, organizations, and individuals. Notwithstanding the decision of the Tribunal, an open, robust debate and information sharing should play leading roles, especially as the Polish perspective had been suppressed for decades under Soviet domination, and even today in many media outlets and western academia.

Unfortunately, the news coverage of Polish affairs during recent weeks substantially lacked objectivity, accuracy and integrity. It frequently resembled hysteria, with tendentious condemnation of this new law and of the Polish government. These offensive, vitriolic, and ignorant attacks prevented balanced and unbiased debate about Poland’s role during WW2. This debate had been suppressed for 44 years while Poland was isolated behind the Iron Curtain. It is still distorted today by some of the press and, as recently observed, by Israeli politicians. Isolated cases ’of individual Poles’ collaboration with Nazi Germans (only 0.1% of the Polish population, according to the Israeli War Crimes Commission) are used to equate the ‘Polish people’ with Nazi German perpetrators. While Poles accept that there were individual Poles that committed crimes against Jews and Poles, Israeli politicians are not ready to admit that there were Jews that similarly committed crimes against their own people and against Poles, in collaboration with the Nazi Germans and Soviet Russians. Furthermore, these Israeli politicians publicly engaged in disgraceful rhetoric hateful towards the Polish victims of World War II while the same media that has been critical of Poland, remained resoundingly silent and continued to act as if these foreign politicians have some moral authority over Poles.

What speaks volumes in regard to those media that have attacked Poland is that none of them looked into the outrageously offensive allegation of Israeli opposition leader Yair Lapid that Poles killed his “grandmother”. The Polish press was able to engage in some basic investigative journalism and easily determined that both grandmothers of Yair Lapid survived the war.

PMI denounces in the strongest terms inflating the isolated cases of collaboration by individual Poles with the German occupier up to the level of alleged complicity of the Polish nation in the Holocaust. The headlines like: “Holocaust law wields a 'blunt instrument' against Poland's past” (BBC), “With Holocaust law, Poland imperils reconciliation with its past” (Christian Science Monitor), “Poland's Holocaust law should terrify you” (CNN) or “Poland’s death camp law is designed to falsify history” (Financial Times) are offensive, historically unfounded, and out of proportion. Most recently, the short video made by the Ruderman Family Foundation in the USA - “In the name of 6 million Jews (Holocaust victims), The United States must suspend relations with Poland now!” - was an example of outrageous anti-Polish propaganda. YouTube and Facebook removed the film from the internet after protests, though it still seems to be available on alternative channel.

According to various historians, between 500,000 and 1,000,000 Poles were involved in the rescue of Jews, risking their life as Poland was the only country where the slightest assistance given to Jews meant a death sentence to the person/s helping, and to their family and neighbors. The number of individual Poles who collaborated with the Nazi Germans has been estimated to be approximately 30,000. Many of these traitors had been executed by the Polish Underground. There had never been any support of the Polish government in exile for the German-made Holocaust, and Polish officers and diplomats were the first ones who alarmed the Allies about the mass extermination of Jews, and unsuccessfully pleaded with them to use their military and other resources to stop it.

A perfect example of inaccurate, misleading and distorted information is the story “According to a 1970 article, 200,000 Jews died at the hands of their Polish neighbors. A new law in Poland could make it difficult to publish these findings today” – this was published by the Times of Israel (https://www.timesofisrael.com/complicity-of-poles-in-the-deaths-of-jews-is-highly-underestimated-scholars-say/). The article claimed that 200,000 fugitive Jews were killed by Poles during World War II, and based this claim on a 1970 article of the Jewish historian Szymon Datner. The article by Szymon Datner, however, does NOT mention that 200,000 fugitive Jews were killed by Poles, but that 200,000 Jews, in his estimation, escaped the German created ghettos. He further estimated in that same article that 100,000 Jews survived with the help of Poles, while the other 100,000 died under various circumstances such as being caught by the Germans. The fabricated figures were provided to Times of Israel by an allegedly “distinguished” Holocaust scholar, who is also known as a source of dubious accusations against Poles. This obvious falsification forced PMI to file a complaint with one of the leading Canadian universities. Similar situations that smack of academic or journalistic misconduct have appeared in many media titles, such as the New York Times, the Jerusalem Post, the Guardian and the Irish Times, with no apparent consequences for those responsible.

The role of professional journalists is to provide accurate, fair coverage and context about events that matter. Their job is to report accurately, and to provide content that is not misleading. Journalists should not be engaging in ethnic stereotyping, or inciting hatred against an ethnic group by disseminating false historical information. Unfortunately, many of your peers did not perform in accordance with the above, but have not been held accountable. We hope you will always act professionally as a journalist, even – or especially - when it comes to Polish WW2 history.