What did the Russians conceal in the Smolensk investigation? 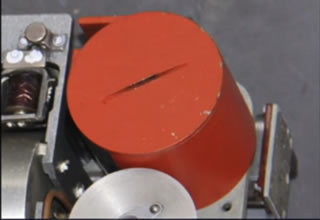 We have proof that the Russians concealed a flight data recorder with the Smolensk flight parameters which could not be faked and manipulated- said the head of the Smolensk Subcommittee Antoni Macierewicz. He appeared on TV Republika and reported that experts from the Smolensk subcommittee found "one of the most important material evidence of the course of events of the Smolensk disaster."

As he pointed out, it is about the KZ-63 flight recorder, the analog flight data recorder that registers information about flight parameters using a special drawing pointer. He added that this method of recording the data used by the KZ-63 recorder cannot be faked.

The former head of the Ministry of National Defense pointed out that the pictures of the crash site show elements of the KZ-63 recorder along with an orange cylinder that contained the recorder of flight parameters.

A member of the Smolensk Subcommittee dr. Jacek Jabczyński pointed out that according to the official Russian report, the KZ-63 recorder was not found at the crash site. He stressed that while other digital recorders were found, this analog recorder allegedly was not found.

According to Jabczyński, "there is no doubt that the recorder was located at the crash site of the disaster." He found key components of this recorder in the photos from the site. It was possible to identify on the photographs an object like the KZ-62 recorder.

Antoni Macierewicz emphasized that according to the photographs from the crash site, all structural elements of the KZ-62 recorder were preserved. “This proves that the recorder itself could not have been subject to great destruction. This device is quite strong in construction,” he pointed.

The head of the Smolensk Subcommittee added that this material evidence is of great strategic importance. “Now we know where to look for and what elements should be examined,” he stressed.

Appointed in February 2016 by then Defense Minister Antoni Macierewicz, the Subcommittee to Re-investigate the Smolensk Disaster presented some of its conclusions on April 10, 2017. According to the Subcommittee, the plane was torn apart by explosions in the fuselage, the center wing and wings, and that the destruction of the left wing began before the birch tree. According to Min. Macierewicz, state institutions that previously examined the Smolensk catastrophe failed to fulfill their basic duties, and the decisions in this matter were of a political nature.

On April 10, 2010 in Smolensk, a total of 96 people died in the crash of the Tu-154 aircraft carrying a delegation to the Katyn celebrations, including President Lech Kaczyński and top commanders of the Polish Armed Forces.