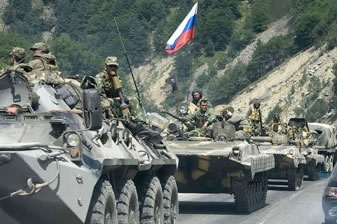 “Russia has made a decision to end its participation in the consultation group of the Treaty on Conventional Armed Forces in Europe (CFE),” informed the Russian Foreign Ministry.

The announcement made by Anton Mazur, Head of the Russian Delegation to the consultation meeting in Vienna, was published on the Russian Ministry’s website.

Mr. Mazur expressed regret that NATO member countries allegedly “disregarded the CFE provisions in order to expand,” and in 2007 forced the Russian Federation to suspend the implementation of the CFE Treaty. Despite that, Russia continued to partake in the CFE consultations with high hopes that a new system of controlling conventional armed forces in Europe could be worked out.

“Those hopes were never to be realised. Under these circumstances, any further participation in the CFE treaty consultations, which are mainly about reading out the meeting agenda, has become politically and practically pointless for the Russian Federation as well as becoming a source of unfounded and uneconomical expense for the country,” concluded Mr. Mazur.

“Considering these circumstances, the Russian Federation has made a decision to end its participation in any of the treaty’s consultation meetings, as of 15 March 2015. Thus, Russia’s 2007 withdrawal from the CFE Treaty has become complete,” stated Mr. Mazur, adding that his country was still open to talks regarding a new system of controlling conventional armed forces in Europe which would suit both Russia and other European countries’ interests. He also informed that Russia had asked Belarus to represent its interests in the consultations.

The CFE Treaty was signed in Paris in 1990 by NATO member countries and the no longer existing Warsaw Pact members. The CFE treaty established limits on key categories of conventional arms from the Atlantic to the Ural regions.