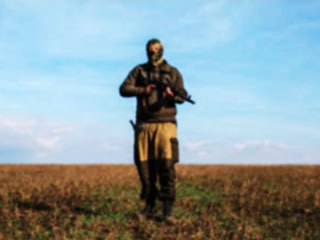 "Sinn Fein", "Uhuru Movement" and various political separatist movements around the world took part in the Russian government-funded conference in Moscow. All at the expense of the Kremlin. The meeting entitled "Dialogue of Nations: the right to self-determination and the construction of a multipolar world" was held on September 20, 2015. The conference was attended by representatives of the pro-Russian separatist groups from Donetsk in Eastern Ukraine, where the Ukrainian clashes between government forces and terrorist groups continue since April 2014, resulting in killing more than 6,500 people thus far.

Opposition to the United States and the European Union was the main criterion for selection of guests to the conference, which was held at the "President" hotel in downtown Moscow, the British Guardian reports.

Among the European separatist parties that took part in Moscow gathering were "Sinn Fein", "Solidarity Catalan Independence Party" and the Italian anti-capitalist party Millennium. Separatist groups also arrived from Hawaii and Puerto Rico, and Uhuru Movement with headquarters in the United States.
Although Kremlin officials were not present at the meeting, a head of the association for protection of electoral rights "Control Citizens” Georgi Fedorov addressed the delegates stating that" America is an instrument, a huge hooligan or a policeman, who, along with England implements the will of global mega-corporations," reports "The Guardian."

Speakers at the conference were accusing Washington of causing many "problems," including the war in eastern Ukraine and the immigration crisis in Europe. The concluding statement of the conference reads:

The governments of most Western countries, in the fight for their geopolitical interests, increasingly do not take into account the rights and freedoms of people living in their countries. Ordinary people are increasingly thinking that they can no longer be held hostage to selfish, sometimes destructive, the ruling elites. 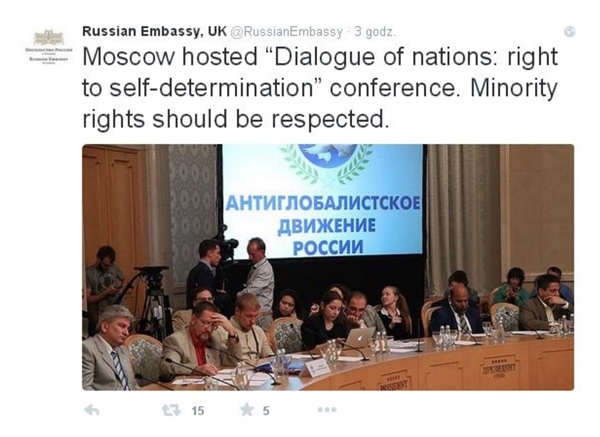 Conference organizer Alexander Lonov denied that Moscow uses this meeting to advance their own political agenda.

Despite the fact that Russia has never concealed information about its arms shipments to the regime of Bashar al-Assad in Syria and the presence of regular troops on the territory of Ukraine, the Ionian argued that the United States incites these conflicts, in their own interests.