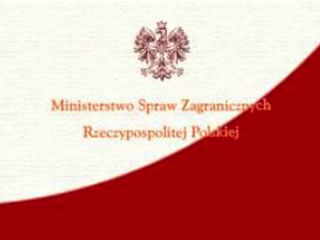 Commentators Piotr Semka and Wiesław Dębski agreed on Radio Trójka that the Russian Ambassador’s recent statement that Poland was responsible for the outbreak of WWII was Kremlin’s provocation in a bid to further its plan to weaken Poland’s position on the international scene.

Piotr Semka observed that Sergey Andreyev, Russian Ambassador to Poland, who partially blamed Poland for the World War II, was in fact trying to provoke Poland with his stinging comment. Head of the MSZ (Polish Ministry of Foreign Affairs) Grzegorz Schetyna summoned the Russian Ambassador this week to discuss his statement.

Semka claims that this statement is a part of Moscow’s strategy to create a united front with the West in the context of the Syrian conflict, in order to have the EU sanctions, imposed on Russia after aggression on Ukraine, lifted. “Let’s not forget that Russians undertake such actions in order to provoke us,” added Semka.

Wiesław Dębski from Wirtualna Polska supported Semka’s comments and argues that Russia expected its Ambassador’s words to stir up emotions and cause uproar around the country. “I fully support the stance of our politicians, who decided that we should not send the Ambassador back to Russia, because the Russians would answer with deporting the Polish Ambassador, and other Polish diplomats. At the end it will make us turn to countries such as Sweden to represent our interests in Moscow,” reasoned Dębski.

The commentators discussed also Andrzej Duda’s speech at the UN Forum, Duda’s meeting with President Obama, as well as the Law and Justice Party ideas with regards to Poland’s defense.