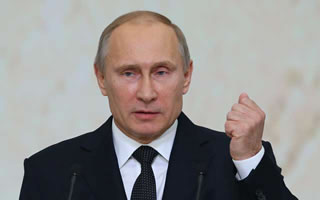 - Poland does not recognize the ruling issued by the Russian arbitration court - Polish Foreign Ministry stated. Today, the Arbitration Court of St. Petersburg issued an "executive letter" evicting employees of the Polish consulate from their offices.

- In accordance with the Vienna Convention on Diplomatic missions, these facilities cannot be a party to legal proceedings. We consider these decisions to be illegal under international law. The official Polish government diplomatic facilities cannot be part to such rulings None of the representatives of the consulate was present at the hearings. We deem these events to be an act act contrary to international law, and therefore we could not participate in them – said Poland’s Foreign Ministry, Marcin Wojciechowski during a press conference.

- Eviction of diplomatic mission is a flagrant violation of international law, of which the Russian side is fully aware - Wojciechowski said. The foreign Ministry spokesman continued: - The Russian side should be aware that should it escalate further, Poland would take appropriate and necessary steps.