Warsaw could be subject to a nuclear attack 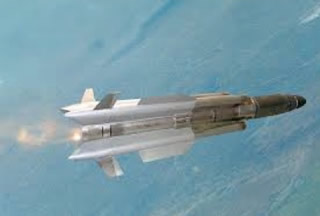 “Today Poland is treated by Russia as an enemy and is depicted as such by the Russian propaganda as well as by actions and comments of Russian politicians. Poland is the target of Iskander missiles located in the Kaliningrad Oblast,” Prof. Szeremietiew said in the interview with Polish “Fakt.”

To the comment that there is no imminent threat at present, Mr Szeremietiew replies that at the moment Russia seems to be testing NATO. “Russia has to determine whether there would be a reaction from NATO in case of an attack on one of its member countries. NATO leaders’ determination to act would have to be too weak to respond to the Russian aggression. NATO follows liberum veto rule: if one member opposes, NATO as an entity is unable to take action. At the moment Russia tests and verifies NATO credibility,” says Mr Szeremietiew.

When asked what could happen if Moscow gains confidence that NATO is weak, Professor says that Poland may become the focus of Russian aggression. “Poland is the key state for Russia to be able to take control over Central Europe and continue its expansion to the West. Annexation of Poland would determine the situation of the entire region. If Russians deem NATO as unable to respond, they will attack Poland with maximum force and speed,” he explains.

When asked how long Poland can defend itself, Prof. Szeremietiew says it will depend on the circumstances. “It will depend on many aspects, such as how Russia chooses to exert its aggression; whether it will put to use its “little green men,” or apply some sort of a controlled tactical nuclear attack to break down the resistance of Poles. A conventional ground, air or sea invasion or an attack from Belarus side cannot be ruled out either. Measures used by Russia will determine our defence capabilities,” explains the former Minister of Defence.

He adds that Warsaw could be subject to a nuclear attack. “The President of the Russian Federation has confidentially instructed the use of nuclear weapons against countries which do not possess their own nuclear means. If that is what Russia considers and Poland does not have nuclear weapons, we can’t rule out a nuclear attack on Warsaw,” concludes Mr Szeremietiew.

Using such means of invasion on a Central Europe country does not seem unrealistic to Mr Szeremietiew. “Who would have thought that a war in the middle of 21st century Europe could be realistic? And yet such war is happening and as unrealistic as it may be thousands of people in Ukraine have become its victims.”

When considering Poland’s chance of surviving, Mr Szeremietiew insists we are not doomed to failure. “Russia is not as strong as portrayed by Moscow propaganda. It is not the Tsarist Empire or Stalin’s Soviet Union. We can still defend against Putin’s Russia, just like we did in 1920 against Lenin. Poland had won wars with Russia in the past and we reached as far as Moscow on two occasions, in years 1610-12 and in 1812.” Mr Szeremietiew adds that the key issue for the Polish defence system is training of military reserve forces.