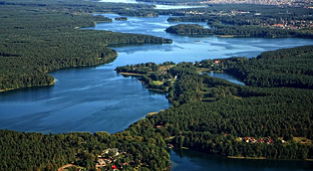 Niezalezna.pl reports that after years of intense search the remnants of the Augustów Massacre victims have been finally located.

The research into the Augustów Massacre, in particular the search for the graves of the victims of communist crimes, was a priority task for the Institute of National Remembrance, which conducted its investigation on a wide scale.

Niezalezna.pl confirms that the Institute, after years of efforts, has finally been successful. The place of burial of the Poles murdered by the Soviet NKVD has been found. “The IPN was supported by foresters and people who conducted their own searches,” said a person involved in the investigation.

The details of this major breakthrough have not yet been disclosed and may be released during the IPN press conference expected shortly.

The Augustów Massacre is also known as the “Little Katyn.” Back in July 1945, after the World War II ended in Europe, units of the Red Army and the NKVD Internal Units of the Soviet Union, cooperating with officers of the Ministry of Public Security of Poland (UB), the Polish Citizen’s Militia, and local informants, raided the territories encompassing at the time the Augustów and Suwałki counties, and the northern part of the Sokółka county.

Several thousands of citizens, suspected of being members of or collaborating with Polish underground anti-communist resistance, were detained during the mass round-ups. After a brutal interrogation, the Soviets selected a group of about 600 people, ransported them to the unknown destination and secretly murdered all of them. To this day the place of their burial has not been known, despite decades of searching.

Also see "Not Only Katyn" and "Augustow Roundup" on Doomed Soldiers Project.