PROTEST: Polonia Advisory Council to the Marshal of the Senate of the Republic of Poland 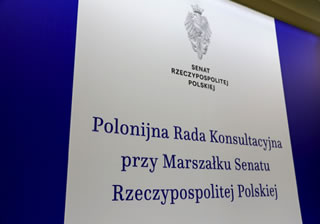 We, the undersigned members of the Polonia Advisory Council to the Marshal of the Polish Senate, express our protest against the assault on the Katyń Memorial Monument in Jersey City. Two days ago, we submitted our protest to the Jersey City authorities against plans to move the Katyń Memorial Monument, which commemorates the monstrous crime of the Soviet NKVD and expresses enduring sadness and compassion for the thousands of victims and their loved ones. For decades, the commemoration of the Katyń massacre has united Poles throughout the world.

Today, we are protesting again because the mayor of Jersey City, Steven Fulop, attacked the Marshal of the Senate Stanisław Karczewski with invectives, which we shall not quote because of their distastefulness. We are shocked and outraged at the fact that the official of the New Jersey municipal government is conducting the discussion in a way far removed from political culture and good manners. As advisers to the Marshal of the Senate, we feel deeply offended by Mr Steven Fulop's inappropriate statement that offends one of the highest representatives of Poland, who on behalf of the Polish state supports the multimillion Polish diaspora around the world.

We therefore demand that Mayor Steven Fulop apologise to Marshal Stanislaw Karczewski for this offensive and untruthful statement.

Anna Wawrzyszko, Vice-President of the Union of Poles under Rodło, Germany

Halina Csúcs Lászlóné, Spokesperson for the Polish Nation at the National Assembly of Hungary

Rita Tamašunienė, Member of the Lithuanian Parliament, Chairwoman of the AWPL-ZchR Parliamentary Club

Aleksandra Ślusarek, Chairwoman, Union of Repatriates of the Republic of Poland, Kazakhstan