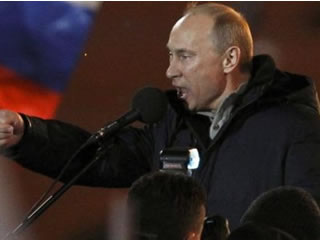 “Miasto 44” and “Róża” are the two Polish films on the official list of films banned in Russia.

The ban on their distribution has been announced by a Russian portal, rufabula.com. Both Polish films are in the first 10 on the list of banned films, together with masterpieces such as “A Woman in Berlin”, or “Haytarma.”

As explained by rufabula.com, the reason for Kremlin to have banned “Miasto 44” was a minor scene in the drama, in which the Soviet army is seen doing nothing on the other side of Vistula in the city occupied by Germans (during the Warsaw Uprising of August 1944).

The reason “Róża” was banned, seems more solid. The film shows the cruelty of the Eastern “liberators” in the area of the former East Prussia, today Polish Mazury. The comments on rufabula.com leave no doubt that Russians lose a lot by not getting the opportunity to see both Polish masterpieces in their cinemas or on TV. Fortunately, they can use internet to access them.