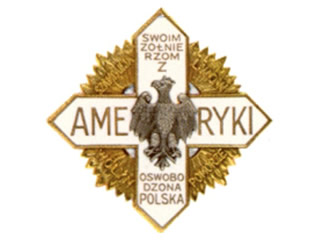 Participants of the XXXII General Assembly of the Polish Army Veterans Association of America and of the Ladies Auxiliary Corps, gathered on Mary 22-24, 2015, in East Rutherford, NJ, issue the following:

As members of the oldest in the world association of former Polish soldiers, which has operated continuously for 94 years, we declare to cherish the beautiful, patriotic traditions of over 20,000 volunteers from the United States and Canada, who in 1917-1919 volunteered for the Polish Army in France, nicknamed the Blue Army. After winning independence for Poland they returned to America, where in May 1921, at a convention in Cleveland, OH, they brought to life the Polish Army Veterans Association of America (PAVA) – the universal organization for all Polish soldiers from various military formations fighting for freedom of Poland.

We pay tribute to the fallen Polish soldiers who fought for an independent Poland on all fronts of the Second World War and after. As the surviving veterans of the struggles and now gray-haired members of the PAVA (SWAP) - we turn to our younger colleagues in our organization to further nurture the Polish traditions of independence and to convey them to the next generation. The same applies to the assets of the organization, amassed by veterans of the First and Second World Wars.

Younger members of SWAP, fortunate to not have participates in a real war – we express our appreciation and respect for the true veterans of World War II who fought for Polish independence in real combat.

As members of the oldest Polish veteran organization in the world, which does not favor of any particular political party in Poland, we express our concern about the situation of Poland today, both internally and externally, which threatens its independence. This threat consists of:

1. The bankruptcy of Polish foreign policy towards Russia, which resulted in diminishing of the role of Poland in the region, among the countries of Central and Eastern Europe, as well as in the European Union.

2. The April 10, 2010 Smolensk Disaster, and behavior of the Polish authorities in the face of this national tragedy, who refused an international investigation, putting it entirely into Russian hands, which seriously undermined the prestige of the Polish state in the international arena and among its own population.

3. Encumbering Poland in long-term economic agreements to the detriment of her interests, e.g., an agreement with Russia for the supply of oil and gas, at the highest prices among all European Union countries.

4. Irresponsible borrowing and driving the Polish public debt to gigantic proportions. Over the past eight years the national debt rose from 520 billion zł to over a trillion zł (!). To illustrate this: every newborn child in Poland is already more than 27 thousand zł in debt!

5. Selling out the national wealth on an unprecedented scale, there have recently been attempts to close out the coal mines and to legalize the sale of state forests.

6. Forcing the economic emigration of more than 2 million young, educated Poles, causing Poland to become a country of elderly people, with too few working to support their retirement.

7. Tolerating corruption at the highest levels of government and the lack of effectiveness of state institutions in fighting this phenomenon. Instead of chasing criminals, the state persecutes the whistle-blowers who reveal the crime.

8. Clear falsifications of elections, exemplified during the last local elections, when about 5 million votes were officially declared invalid(!). This is a blow to the foundation of a democratic state.

9. Creating a distorted image of Polish reality in the mainstream media, which, instead of providing true and objective information, transformed themselves into propaganda machines for only one side of the political scene in Poland.

10. Fighting Polish patriotism by reducing the teaching of history in schools and limiting the state financial support for initiatives that promote the traditional understanding of the love of homeland. Instead of promoting Polish patriotism, the authorities push on the Poles the "pedagogy of shame" for their alleged complicity in the Holocaust of the Jewish people committed by the German Third Reich.

11. Promoting of foreign, anti-Polish movies, at the expense of Polish taxpayer. E.g., purchase and broadcast in Polish public television of the German serial show “Our mothers, our fathers”, which slanders the Home Army soldiers.

12. Attempts to oust rtm. (capt.) Witold Pilecki from the pantheon of Polish national heroes. That could be clearly seen during the gala celebration of the 70th anniversary of the liberation of the German concentration camp Auschwitz-Birkenau, during which his name was not even mentioned.

13. Obstructing research and exhumation of the Doomed Soldiers (Żołnierze Wyklęci), murdered under Stalin, for example on the so-called “Łączka” (“Meadow”) on the Powązki Cemetery in Warsaw. Approximately 4 thousand bodies of victims of communist crimes, resting in nameless death pits, are still waiting for exhumation throughout Poland.

14. Scandalous behavior of the Sejm, which rejected a resolution to proclaim year 2013 the Year of the January Uprising, on the 150th anniversary of the outbreak of that great patriotic effort.

15. Using state police to break up legitimate patriotic demonstrations during the celebration of national holidays, for example, the 11 November Independence Day.

16. Promoting behaviors undermining the base of the moral order of Polish society, by pro-government media and state institutions, e.g., undermining the essence of heterosexual marriage which is a fundamental unit of a sound society.

17. Brazen and intrusive promotion of homosexuality and of the gender “philosophy” in schools, against the will of parents and teaching staff.

18. Propaganda attacks at the Catholic Church and attempts to oust the Catholic media from the modern public communications domain, e.g., the case of Television Trwam.

19. Removal of references to traditional Catholic holidays, for example Christmas, from new textbooks. The name of this holiday is replaced with the term “Gwiazdka” ("Star"), the same as in the communist times.

20. As former soldiers, we express our anxiety regarding the condition of the Polish Army, which after the so-called reforms can fit onto a single stadium, while the new command system excludes its effectiveness in case of war.