Poland should order military mobilisation as soon as the Ukrainian crisis spreads beyond the Dnieper River - former Polish Minister of Defence said. 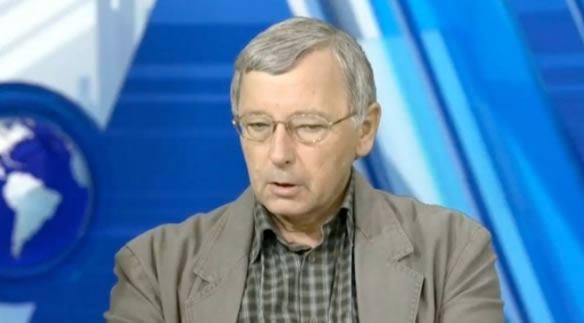 When the Ukrainian crisis spreads beyond the Dnieper River territory, Poland should order mobilisation and be ready to send military units to the east of the country – Jan Parys, the former Minister of National Defence, told TV Republika.

He expressed an unambiguous opinion on the Polish government’s actions. “Congratulations to the Polish government for finally realising after 11 months that there is a war in Ukraine. This situation shows that PO (Civic Platform, a major ruling coalition party) is not interested in the country’s security,” said Mr Parys.

The other TV Republika’s guest, Tomasz Badowski, the National Centre for Strategic Studies expert, criticised the condition of the Polish army.

“The Polish Army is not prepared to defend the Polish territory from the eastern invasion. This is evident based on many opinions and analyses,” explained Mr Badowski. In his opinion, anybody claiming that the Polish army is ready must be assuming the help of NATO.

“Unfortunately, the EU is no longer united and, given how the geopolitics has changed, enforcing NATO’s article 5 requirements remains uncertain,” said Mr Badowski.

“Up to this point, the focus of our army was on military expeditionary missions, rather than on strengthening our own defence capabilities,” reminded Mr Badowski.

The proposed changes to the army financing were also discussed during the interview on TV Republika. Those government changes mean that beginning in 2016, 2% of Poland’s GDP will be spent on army financing.

“This basically looks as if the Polish government was asking Putin to wait until 2016, when the Polish military defence measures increase,” Mr Parys concluded.

Let’s all hope that Poland will be able to avoid the war...