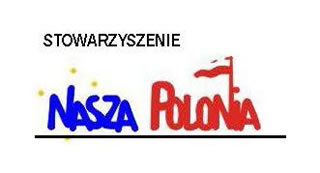 Poland and the Polish nation have been pilloried about their complicity in the Holocaust for many years. And for as many years, Poles spread all over the world have been refuting these attacks. Unfortunately, all their efforts to date have led at best only to the publication of protests, which often included a response that a particular journalist has the right to their view of history.

For the first time since the fall of the Berlin Wall (which would not have been possible without the actions of Poland’s Solidarity Movement) the Government of Poland has supported Polish communities and residents living abroad it their struggle against this Holocaust lie. Amendments to the legislation governing the Institute of National Remembrance have given the Polish state the legal tool to fight the unfounded besmirching of the image of our fatherland, our ancestors and ourselves. Unfortunately, the new law contains one reprehensible flaw: it allows these attacks against our country to continue under the guise of artistic or academic freedom.

The attacks from Israeli and American media and politicians following the enactment of the new law at first surprised and saddened us. After all, these are representatives of states and nations that we regard as allies, who have joined in a contemptible witch hunt against Poland. On quick reflection we felt the urge, as did our compatriots, to proudly refute and oppose these attacks. We remind politicians and journalist, but also the citizens of Israel, that it was Poland which bore proportionately the greatest suffering of the Second World War: six million Polish citizens were murdered by the Germans and Soviets during that conflict. Moreover, we never collaborated in the military structures of the Germans. It is due to our fathers sacrifice that our compatriots of Jewish ethnicity survived the genocide perpetrated on them by the German nation under the leadership of Adolf Hitler.

Where, then, does the ferocity of these attacks on our country come from? For many years, News-York based Jewish communities (the so-called ‘Holocaust Industry”, a term first coined by Dr Norman G Finkelstein) have been trying to extract a ransom from the Polish Government to the tune of USD$65 billion as a form of compensation for the property of Polish citizens of Jewish ethnicity murdered by Germans. Until now, the Israeli Government has distanced itself from these pressures. Poland’s changes to the law on the Institute of National Remembrance have thwarted these claims. Judging by its reaction, the Government of Israel has shown that it has always been behind the aims of the Holocaust Industry.

In finishing, we would like to categorically state that the terms ‘Polish genocide camps’ or ‘Polish death camps’ are a historical lie. This lie obscures the culpability of the Germans who committed the heinous crime of genocide against the Jewish and Polish nations in German concentration camps and ghettos. Furthermore, we also wish to warn that using these slanderous terms is illegal under Polish law and carries a penalty of up to three years jail.

Leaders of Our Polonia Association