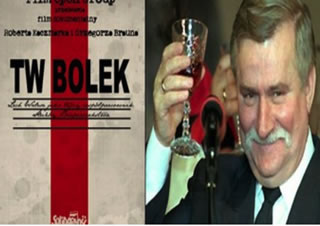 Comprehensive and consistent analyses, published in a document consisting of 235 pages, leave no doubt that the handwritten declaration of collaboration, as well as receipts for accepting money, were entirely written by Wałęsa, announced prosecutor Andrzej Pozorski during a conference at the Institute of National Remembrance (“IPN”).

As announced by the IPN Chairman Dr. Jarosław Szarek, the history of Solidarity Movement has been researched by the Institute for many years. He also pointed to a book by Sławomir Cenckiewicz and Piotr Gontarczyk, SB and Lech Wałęsa. “The files confirmed that Lech Wałęsa was Bolek. He had been denouncing his friends and got paid for it. The book from 2008 proves it. Publishing the book provoked a hate campaign against the IPN and authors of the book. The main target of all sorts of abuse was the Chairman of IPN at the time, late Janusz Kurtyka. (…) This was 2008, and since then, there were no scientific publications questioning the research contained in this book. The reason is that the research by the two authors of this book was too reliable to be challenged,” explained Szarek.

The director of the Commission for Prosecution of Crimes against the Polish Nation and the Deputy General Prosecutor, Andrzej Pozorski, spoke about an investigation into the alleged forgery of the documents. “The reason for this investigation was Wałęsa’s claim that files retrieved from Kiszczak’s house had been forged. Since these files were disclosed, the former president Lech Walesa has been consistently denying that he ever collaborated with the communist special services SB or denounced his friends and got paid for it. He claimed that the SB officers were behind his denunciation. (…) The investigation was initiated in order to clarify whether the Bolek files retrieved from Kiszczak were indeed forged, and if yes, who forged them,” emphasized Pozorski.

Pozorski stressed that Wałęsa was interviewed in this matter, and he denied any collaboration with the SB, even after he was shown the evidence, consisting of signed receipts for payments, handwritten denunciations, and signatures. “The witness stated that the handwriting was not his,” said Pozorski.

Graphologists from the Institute of Forensic Research in Kraków analyzed the documentation from “Bolek’s” working and personal files. “Graphologists were presented with a wide range of comparative samples, including documentation from Wałęsa’s work, registry office, President’s Office, etc. When conducting their analyses, the experts requested the prosecution to provide additional samples. (…) Comprehensive and consistent analyses, published in a report 235-page long, leave no doubt that the handwritten declaration of collaboration, as well as receipts for accepting money, were without a doubt written by Wałęsa,” added Pozorski.
Denunciation notes were also written by Wałęsa, according to the graphologists.

Dr. Hab. Maria Kała, Director of Jan Sehn Institute of Forensic Research in Kraków, also attended the conference.
“Lech Wałęsa has been and still is self-destructive,” stated Jarosław Szarek. He added that he had no doubts that Wałęsa was “Bolek” and that the former president collaborated with SB in 1970s.

OPINION:
The experts’ opinion, as per the criminal investigation into the forgery of documents from the period between 1970 and 1976, in relation to Lech Wałęsa’s alleged collaboration with the Polish communist security services, concludes that documents subject to the analysis are authentic.
The opinion is unambiguous, comprehensive and consistent. Its outcomes leave no room for any doubts. The opinion is a part of the on-going investigation led by the Commission for Persecution of Crimes against the Polish Nation in Białystok.
The investigation opened on February 25, 2016, after Lech Wałęsa’s claimed that the materials relating to a secret agent of the SB, codenamed “Bolek,” retrieved from the house of Gen. Czesław Kiszczak, formerly Minister of Interior in the Polish People’s Republic, were forged. The aim of the investigation was to check whether the forgery took place, and if so, why, and who committed the crime. Lech Wałęsa is a victim in this case.

In order to verify the authenticity of materials retrieved from Kiszczak’s house, prosecutors asked the renowned Jan Sehn Institute in Kraków for an expert opinion regarding the handwriting in the files. The team of experts analyzed 158 documents from both personal and work files of a secret agent codenamed “Bolek,” including a handwritten declaration of collaboration with SB signed on December 21, 1970, as well as 117 denunciations handwritten by “Bolek,” 17 receipts of accepting money in exchange for information provided to the SB by “Bolek,” and signatures on those documents, which read “Lech Wałęsa,” “Lech Wałęsa - Bolek,” as well as “Bolek.”
Experts were presented with a wide range of comparative samples, consisting of 142 pages, which were either written or signed by Lech Wałęsa between 1963 and 2016. These pages included:
- Documents issued in the name of Lech Wałęsa in the period between 1963 and 2013, e.g. I.D. card, driving license, or vehicle registration;

The outcome of those analyses, conducted between May 20, 2016 and January 23, 2017, is an official, 235-page long opinion by the experts who definitely and beyond any doubt decided that:

As a victim in the investigation, Lech Wałęsa has a right to familiarize himself with the experts’ opinion, and respond to its conclusions.

The analysis of the “Bolek file” was initiated as part of the investigation led by Białystok’s Investigative Department of the IPN, into the confirmation of untruthful statements by the SB officers in the “Bolek file” in exchange for money or personal gain.

The files, which were found last year in General Kiszczak’s house, after his death, included a handwritten declaration of collaboration with the SB signed by Lech Wałęsa “Bolek.”

Prosecutors from Białystok’s IPN began this investigation in February 2016, after Wałęsa first claimed that the documentation, such as the receipts, had been forged. After Wałęsa denied the authenticity of the documents from the “Bolek file” presented to him in April 2016, the IPN requested handwriting analyses. Experts from Jan Sehn Institute began their analysis of the “Bolek file” in May 2016.