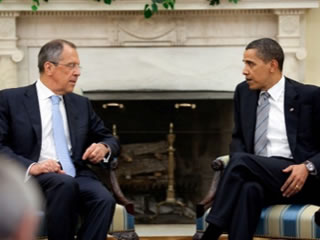 Authorities in Moscow expect the U.S. to stop deploying elements of the anti-missile defense system in Europe. This information came from Sergey Lavrov, the Foreign Minister of Russia. According to the information from Ria Novosti agency, the Russian diplomat reminded Barack Obama that, back in 2009, he promised to withdraw from the European anti-missile defense program, providing that the deal on the Iranian nuclear program would be reached.

According to Lavrov, now is the time to fulfill this promise. Ria Novosti has published the following statement made by the head of the Russian Ministry of Foreign Affairs: “We brought this fact to the attention of our American colleagues and we are waiting for their response.”

When disclosing some aspects of negotiating the Vienna agreement between Iran and 6 countries: Russia, China, U.S., Great Britain, Germany and France, Lavrov emphasized that the most important is the compromise over the control of the Iranian nuclear industry achieved in negotiations in Vienna. He also made no effort to hide that Russia is happy with the lift of embargo to supply Teheran with weapons.

The nearest future plan for Moscow is to supply the Iranian army with S-300 missiles. Russia is also interested in more contracts to build nuclear reactors as well as in the partnership with Iran on the oil market.