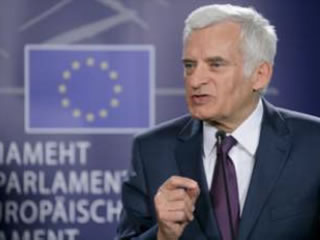 “Karol” was the highest-placed secret collaborator of the Polish secret police, the communist repression apparatus, who for years operated in the leadership of the Solidarność movement.

Jerzy Buzek was recruited by the communist Polish People's Republic (abbr. PRL) military intelligence in 1971, right before his departure to Great Britain on a research stipend. This information can be found in preserved archival documentation.

His first assignment involved acquiring for the Warsaw Pact the newest technology related to the latest uses of weapon-grade gases. After returning to Poland in December, 1972, Jerzy Buzek submitted the required report. Due to fears that he could be recruited as a double-agent by MI5 (sister organization to the American CIA), PRL intelligence services chose not to use him for any more missions in capitalist countries. As a result, Agent “Karol” was transferred to the jurisdiction of the SB (Security Services). After the university protests of 1976, he was used to infiltrate academic environments in, among others, the “Politechnika” operation. This was the Gliwice Polytechnic Institute. The operations were coordinated for the most part by the III Department of the Military Police Commission in Katowice.

As a reward for his effective work, he received the academic title of docent. Jerzy Buzek had a total of three secret files on him: the first file is from the time when he was being recruited, a second one was assembled by military intelligence, and a third assembled by the Security Services (SB), which gave him the codename “Karol.” Each of these files contained not only a personal file but also a work file. After August 1980 strikes, Jerzy Buzek was sent to the Independent and Autonomous Labor Union “Solidarność.”

Agent Karol’s most significant success involved his manipulation and subversion of the First Nationwide Delegates’ Meeting of NSZZ Solidarność in Gdańsk, where he, as one of the organizers of the deliberation, led the adoption of the famous Answer to the Nations of Central-Eastern Europe. The goal of the authors from the communist Ministry of Internal Affairs of PRL was to provoke the Warsaw Pact enough to gain direct military support from the USSR, which was worried about sentiments of freedom and independence spreading to neighboring countries. Agent “Karol” received generous compensations for this operation. In 1985 he signed yet another important document contained in the work file of Secret Collaborator “Karol.”

Jerzy Buzek plays his characteristic role in the arrest of the leaders of the Silesian Solidarność Underground. First, he gets to know the locale in which Tadeusz Jedynak was hiding. Soon after, this leader of regional and national Solidarność was arrested in this location. Next, Jerzy Buzek finds the apartment in which Jan Andrzej Górny, the second leader of Solidarność regional structures is hiding. Within a few hours, the apartment is surrounded by a swarm of cars belonging to civilian and uniformed functionaries of the PRL’s security services. The regional leader, on the run for over seven years, is arrested…without even stepping out of his hiding place! Buzek, unnoticed, walks out with a bag full of money, leaving “the pot” without any trouble.

It is almost unheard of in the history of the underground that the Security Services would fail to carry out the thorough search of the locale they were raiding. One person who gained from the above-mentioned arrests was Jerzy Buzek, who, as an “advisor” subsequently began “informally” representing Upper Silesia in the works of the National Directors of Solidarność. Thus, the refusal to hold a hearing and interrogate Tadeusz Jedynak leader of Solidarność Underground concerning the lustration of J.A. Gorny, is completely absurd. In this case we are focusing not on friendly relationships or clear and apparent collaborators of Moscow (Miller, Oleksy, etc.), but on the clandestine information hidden from us (the democratic opposition activists), about the secret collaborators of the Security Services working among us. The perfidy of the totalitarian regime lay in the fact that among our friends and colleagues were placed “friendly” special agents.

The act of investigating and arresting J.A. Górny preserved the record and confirmed the role that Secret Collaborator “Karol” played throughout the 1980s. The in-depth verification by the Lustration Court of the time, place, and events was absolutely indispensable. In exchange for the above mentioned services and the transmission of crucial documents, Secret Collaborator “Karol” received 7,000 USD from the Security Services, the equivalent to approximately 350 monthly salaries at the time. What’s most interesting is that Jerzy Buzek has never been arrested, nor detained, despite the fact that, since 1981 he had been well-known to the Security Services because of his overt activity with the legal National Labor Union Solidarność,. What’s more, he travelled to capitalist countries at least ten times during this period. This, too, is an unprecedented activity among opposition activists.

This situation is even more shocking given that Silesia experienced the most intense communist terror. Exit passports were sometimes issued, this is true, but with a stamp of forbidding reentry into the Polish People’s Republic. Special Agent “Karol” was the highest-placed secret collaborator of the special services of communist repression regime within the structures of Solidarność. The Confederation of Independent Poland (KPN) was informed about the existence of such a mole in their ranks. An account of the infiltration of the Gliwice branch of NSZZ Solidarność was reported to the leaders of the Underground Solidarność by an individual himself informed by the Operational Division of the Confederation of Independent Poland’s counterintelligence service. [This witness was revealed to the Lustration Court in accordance with the obligations of MP Michał Janiszewski.]

The leadership of Underground Solidarność was, therefore, fully aware of the infiltration that had taken place. Thus, after the victory of NSZZ Solidarność leader Lech Wałęsa in the 1991 presidential elections, confidential meeting of the leaders of Solidarność took place, during which operational materials of the former Security Services of the People’s Republic of Poland were reviewed. The files of “Karol,” as well as of “Docent” and “Oris” were included in this review. Nevertheless the scope of suspicion was limited to only two individuals.

Jerzy Buzek was already among the suspected collaborators. It is very likely that for this very reason he didn’t become the Governor [Vojewoda] of Katowice. The case blew up again during the Regional Conference of the Silesian-Dabrowski Branch of Solidarność, during which the Vice-President of the Regional Management Board Zbigniew Martynowicz accused Jerzy Buzek of having collaborated with the PRL’s Security Services. Afterwards, Jerzy Buzek “dissapeared” from public view for several years.