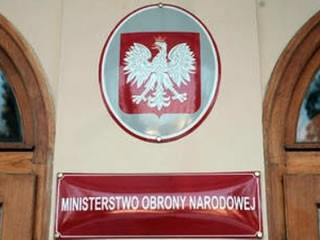 The identity of the fourth participant during the feast at „Sowa’s,” who was recorded together with Aleksander Kwaśniewski, Ryszard Kalisz and a businessman Włodzimierz Wapiński, has been established.

A transcript of a conversation between Ryszard Kalisz, Aleksander Kwaśniewski and Włodzimierz Wapiński, a businessman associated with both men, has been published in the latest issue of Do Rzeczy weekly. The meeting, recorded at a famous restaurant, Sowa&Przyjaciele, on October 6, 2013, was also attended by an unidentified participant. According to Rzeczpospolita, that mysterious participant is Gerard Piątkowski, a businessman associated with Kalisz and a chairman of a trading company Vipol, who is also a leader of the Warsaw Friends Society and whose one of previous roles was as head of the Polish-Vietnamese Chamber of Commerce.

A variety of subjects is covered during the conversation, but the focus remains on political and social aspects. The most important one is about the alleged corruption in the Defense Department when Tomasz Siemoniak was in charge. Kalisz is heard telling Kwaśniewski about his meeting with General Janusz Nosek, the former head of The Military Counterintelligence Agency (SKW), who was suddenly removed from office in autumn 2013 by Siemoniak and Donald Tusk, the Prime Minister at the time. Do Rzeczy reports that “Nosek allegedly had evidence of corruption that involved the Minister of Defense, Tomasz Siemoniak and top level political figures on higher positions than the management of Defense Department.”

The conversation reportedly went as follows:

Kalisz: “Lads, I oblige you to keep this secret and that you will take it to the grave with you. When I met Nosek after our visit to Ukraine, he told me he had evidence of corruption on a top level.”
Kwaśniewski: “Meaning?”
Kaalisz: “It involved at least Siemoniak, unbelievable what he told me. He also told me why. Skrzypczak is nothing in comparison (Skrzypczak being a former Deputy Minister of Defense, who was forced to resign due to SKW’s concerns about his connections to pressure groups of arms companies).
Kwaśniewski: “Why are you surprised? Sławek is also thinking about the future.”
Unidentified man, probably Gerard Piątkowski: “I think Ryszard needs a hug.”
Kalisz: “He has evidence against Siemoniak.”
Both Nosek and Kalisz are denying materials published by Do Rzeczy. Siemoniak also firmly denied.
Another excerpt presents probably Piątkowski talking about Donald Tusk:
Kwaśniewski: Remember Ryszard that the head of this government is...
Piątkowski: Vindictive.
Kwaśniewski: He is exceptionally vindictive. He is a vindictive redhead.
Piątkowski was asked to get in touch and so far there has been no response.