The Polish Government Receives the Climate Bond Award
We are the first in the world! 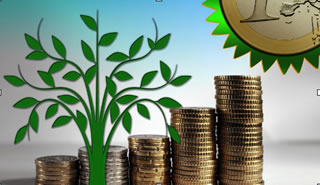 The Polish Government received the Climate Bonds Award for issuing the world's first sovereign green bonds. "This is a milestone for this market," the Climate Bond Initiative (CBI) said in its justification of the Award.

Organized by the financial district of the City of London, the International Capital Market Association (ICMA), and Climate Bonds Initiative (CBI), the annual awards are designed to support these countries, institutions and companies, which are among the first to issue bonds with proceeds designated for environmental investments.

„We have recognized organizations that have been leaders in the global financial sector by mobilizing capital needed to address climate change, the carbon footprint, and development of green infrastructure of the future,” emphasized Sam Kidney, CBI's president.

Kidney added in his interview with PAP that "in 2017 we hope to see more countries, including the euro zone countries, following Poland’s footsteps by issuing their own green bonds and thereby developing this market."

On behalf of Poland, the Green Bond Award was received by Deputy Minister of Finance Piotr Nowak, Polish Ambassador to London Arkady Rzegocki, and Director of Public Debt of the Ministry of Finance Robert Zima.

This recognition shows that the Polish government is concerned with the sustainable development of society and the economy, as well as the development of green projects. “Poland is usually known as a carbon-based country because coal is our main source of energy, but by taking such actions we send a clear signal that we also care about the environment,” explained Deputy Minister Nowak.

The Deputy Minister explained that € 750 million (PLN 3.2 billion) raised through issuing green bonds in December of 2016 would be earmarked for reforestation, production of green energy, and the improvement of rail transport. Some of it will also be used to refinance projects that began in 2014-2016.

The main buyers of the first bonds were investment funds (49%), banks (22%) insurance companies and pension funds (16%). Geographically, the greatest interest came from partners from Germany and Austria (27%), Benelux (17%), Great Britain and Ireland (16%).

“We have created bonds that are a pioneering financial instrument in this market, and some countries are already turning to us for prototype documentation, so that they can arrange their offerings in a similar way,” added Nowak, pointing out that this included "our closest western neighbor."