The Germans got their way. They sold the Russians an oil and gas production company, which holds the license for the shale gas exploitation. 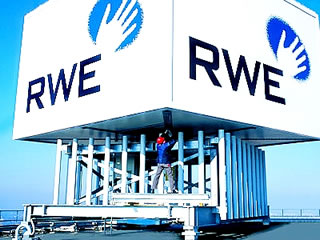 The German RWE AG (Rheinisch-Westfälisches Elektrizitätswerk) Group, has made it public today, that for 5.1 billion Euros, it has concluded the sale of the Dea company, active in researching and mining gas and crude oil - "The Moscow Times" daily reports.

According to the newspaper, the buyer of Dea is LetterOne Group, an investment trust of the Russian Alfa Group, controlled by the oligarch Mikhail Fridman. RWE has sold RWE Dea to Fridman's fund for 5.1billion Euros. The company deals with gas and crude oil mining in Germany, Great Britain, Norway and Egypt. It also has underground gas tanks in Bavaria.

In Poland, the company owns two shale gas and crude oil exploitation licenses, in Malopolska (Lesser Poland) as well as in Podkarpacie (Sub-Carpathian region) regions that it has acquired at the beginning of 2014. One of the licenses has documented crude oil deposits, whereas the second one holds shale gas deposits. The Germans have already carried out the 2D seismic surveys. The company was preparing for its first drillings.

RWE Dea also owns 190 licenses to research and extract the crude oil and gas deposits all around the globe, among others in Germany, the North Sea and in Africa.

The deal came to a hold in March last year, when developments in Ukraine increased the tensions in Russia's relations with the West. Nonetheless, the German government decided to sell DEA. The deal was finalized now.

Dea has got a new owner, who wants a long-term investment in gas and crude oil mining and who will lead the company into a positive future.

- said Peter Terium, the CEO of RWE, quoted in the German company communiqué. As he emphasized, the sale agreement negotiated with LetterOne, is a "very good one".

On Saturday, the British government attempted to block the Dea sale to Fridman, as it did not wish 12 gas and crude oil deposits from the British waters of the North Sea to fall into Russian hands. London explained, that should sanctions be imposed on the Russian oligarchs, the exploitation from these deposits might be interrupted, creating endangerment for the environment and human health.

The government of Great Britain also did not agree to give Russians the warranty, that it will not confiscate the North Sea deposits, would the sanctions be imposed upon them.