Poland was discriminated against in obtaining war reparations from Germany 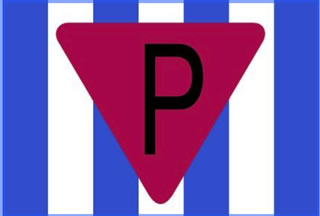 The head of the Polish Ministry of Foreign Affairs Jacek Czaputowicz said that Poland was discriminated against in the process of receiving reparations from Germany for World War II devastation. "Our country has not been treated fairly" - said the Minister.

"The decisive factor for us is the lack of fundamental honesty in the matter of German reparations after World War II. Poland was discriminated against in this process" - said Czaputowicz in an interview with the dpa agency. "At this time, it would be difficult to say that this chapter has been closed. In the public debate in Poland certain assessments and expectations are formulated. It is being said that Germany allegedly paid compensation to Poland (indirectly) through the Soviet Union during the communist era. At the same time, Germany paid the Western countries directly. The question remains whether everything has been done properly?" - stated the Polish minister.

“First of all - as the head of diplomacy reminds us - Poland was forced by the Soviet Union to compensate them - through coal supplies – for what it received in the Soviet occupation zone on the basis of the Potsdam arrangements. Secondly, the proportions should be taken into account. We have to compare the losses of, for example, France and the Netherlands, and the reparations they received, as well as the losses of Poland and reparations Poland received," - emphasized Czaputowicz.

"In my opinion, the compensation was disproportionate. I discussed this matter with the former Foreign Minister of Germany Sigmar Gabriel. I told him: see how much you paid in total, and then look at the part that Poland received. It was minimal. Then compare the losses of other countries with those surrered by Poland. There are countries that lost many times less but received more compensation,"- explained the head of the Ministry of Foreign Affairs.

In his opinion, the most important issue is whether Poland was treated fairly compared to other countries. He points out that the issue has two aspects: legal and moral. Both former and current German foreign ministers Sigmar Gabriel and Heiko Maas argued that the problem is legally closed. However, moral responsibility still remains. The dpa journalists pointed out that also Bundestag lawyers consider reparation requests from Poland - unlike the ones from Greece - to be invalid.

"The Bundestag analysis office has its own opinion, and the Polish parliament has its own position on the interpretation of the law. As we know, these assessments differ," replied Czaputowicz, adding that the Bundestag's opinion on Greece may also have important consequences regarding Poland. "We will see how Germany will deal with Greece's claims. For now, we do not talk with Greece about this subject," - he noted.

The Polish minister reiterated that the reparations team formed in the Polish Sejm is assessing losses and gathers facts. "This is part of the process in which we learn our own history. Therefore, it is also our internal process, not just related to Germany," - he explained.

Answering the question why Poland raises the issue of reparation right now - 30 years after the first partially free elections and 15 years since joining the EU, the minister replied that in the 1990s Germany was pressuring Poland not to go back to this matter. He also emphasized that after years of communist rule, Poles needed time to study their own history, learn it, and evaluate it properly.

"A pre-condition for good relations between our countries is a feeling that Poland is treated fairly" - emphasized Czaputowicz, recognizing that it is not yet time to talk about the courts if Germany does not change its position. "The courts only deal with legal aspects. In this case, morality and integrity should also play a role," he said. The head of Polish diplomacy also noted that Poles have forgiven Germans on a personal level. "I belong to the post-war generation. For me peaceful relations with Germany are normal," he added.