In response to German lies about „Polish camps”
IPN publishes a list of SS-men from Auschwitz. 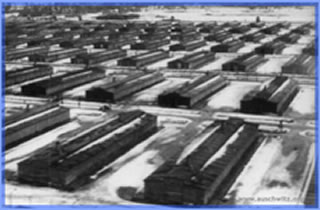 For the first time in history, the personal data of SS-men from the extermination camp are accessible to the public. The Polish Institute of National Remembrance (IPN) in Krakow published the list of staff of the German Auschwitz-Birkenau extermination camp. The database contains approximately 8,500 entries of SS-men.

Today is a historic day, as it is just the beginning – this database is the beginning of a larger project. We are starting with KL Auschwitz, but further down the line we are hoping to expand the database to other German concentration camps - the head of IPN Jarosław Szarek said during a press conference in Krakow.

Szarek stressed that the presentation of the database is also in response to the use of the term „Polish concentration camps.”

This database is the response to those voices; since they are talking about „Polish concentration camps,” then voila – we show who the camp SS crew and functionaries were. Moreover, we present this information on the Internet, as it was never done before that way, - he said.

He stressed the fact that everyone will have access to this database.

The first steps to create such a database were taken in 1982 by the historian Aleksander Lasik in connection with his research on a PhD dissertation. His work was eventually presented in 1988 in the Institute of History at Adam Mickiewicz University in Poznan. Originally, the database contained only the records of SS staff in KL Auschwitz-Birkenau. With time it was being expanded by the information from other concentration camps, and reached 25,000 records, of which 9686 are related to SS in KL Auschwitz.

In May 2014, after professor Lasik was appointed as the historian expert, the database was acquired by the Krakow branch of the IPN for purpose of investigating the crimes committed in KL Auschwitz-Birkenau. This investigation has been conducted by Branch Committee for Prosecution of Crimes against the Polish Nation. In May 2015, the decision was taken to publish this database on the website of IPN, and preparations for such publication began.

The database „SS crew of KL Auschwitz” was also published on truthaboutcamps.eu website.