After 10 years, Frankfurter Allgemeine Zeitung acknowledged that Kaczyński was right 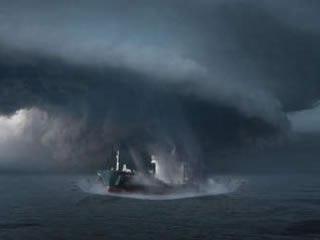 After nearly 10 years, a German newspaper Frankfurter Allgemeine Zeitung (FAZ), finally agreed with Jarosław Kaczyński, who once openly insisted on the existence of a “Bermuda quadrangle,” a dysfunctional pact that aimed to destroy Polish democracy and to steal Polish money.

The German newspaper claims that the political crisis in Romania proves that deals and arrangements deriving from the old communist apparatus may pose a threat to democracy in Eastern Europe. The newspaper referred to the current situation in Poland and, after nearly 10 years, agreed with Jarosław Kaczyński.

According to FAZ, the “Bermuda quadrangle” was an interesting discovery, made by the chairman of Polish Law and Justice Party. It differs from the Bermuda triangle in its geographical position as well as by being defined in political, rather than geographical, terms. FAZ points out that the “Bermuda quadrangle” was formed by closed circles of secret services, former communists turned social democrats, businessmen from the old party apparatus, and members of organized crime.”

“As Kaczyński said, the ‘Bermuda quadrangle’ didn’t make aircrafts and ships disappear, but it absorbed Polish democracy and a lot of Polish money,” writes FAZ.

According to the German newspaper, this quadrangle initially took shape through numerous corruption scandals involving former members of the Democratic Left Alliance (SLD). “After Kaczyński brothers won presidential and parliamentary elections in 2005, they concentrated a lot of energy on that economic-political biotope. Their declared goal was to dry the mud out and focus on what was neglected after the 1989 transformation.”

The newspapers states that a similar situation currently occurs in Hungary today, where the main reason for the smashing victory of Viktor Orbán’s Fidesz party was the nation’s fury over socialists’ cronyism and their self-service mentality. Orbán’s goal, as stated in FAZ, is, just like Kaczyński brothers’ in Poland a few years back. It is to complete the process of 1989 transformation through the final removal from power of the beneficiaries of the communist dictatorship and their successors.