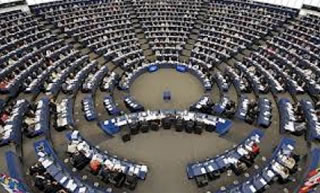 The European Parliament has adopted a resolution urging Russia to return the wreckage of the Tu-154M, which crashed on April 10, 2010 at Smolensk Airport, killing the Polish president. The provision was made at the request of the Polish Law and Justice (PiS) party members.

The appeal was made by The European Conservatives and Reformists Group. Russia was urged to immediately return the Tu-154M wreckage as well as to launch an independent, international investigation into the crash.

The resolution states that the European Parliament “calls on the Russian authorities to immediately return the wreckage of the Tu-154 Polish Government airplane and all of its black boxes to Poland; It also underlines the fact that the level of dependence of the Russian judiciary on the authorities undermines any impartial and honest investigation.”

The murder of Boris Nemtsov, the Russian opposition leader, was also mentioned and referred to as the most politically significant murder in the modern history of Russia. The European Parliament members accused Russian authorities of fuelling hatred towards the opposition and members of the public and demanded an international investigation into Nemtsov’s murder, to be led by independent experts. The Parliament paid tribute to Nemtsov, “who sacrificed his life to fight for Russia to become more democratic, prosperous and achieve good relations with neighbouring countries.” Moscow’s decision to refuse certain EU members and foreign politicians entry to Russia, stopping them from attending Nemtsov’s funeral, was condemned by the resolution.

The Parliament also appealed to the Russian Federation’s leaders to stop “the shameful propaganda and information war on its neighbours as well as its own nationals.”

The Parliament is also very critical of democracy levels in Russia and the lack of collaboration with foreign investigators regarding the shooting down of the Malaysian aircraft in eastern Ukraine in July 2014.