Dr. Maciej Lasek Propaganda Team on the Smolensk Disaster Out of Business. 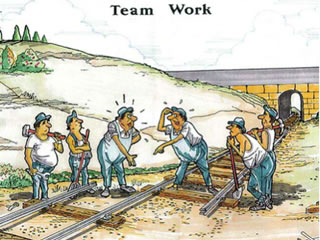 The Government Center of Legislation (RCL) has published in the Polish Monitor an Executive Order issued by Prime Minister Ewa Kopacz to close Maciej Lasek’s team charged with the responsibility of explaining to the Polish public the cause of the Smolensk crash as presented in the Miller report. The Executive Order to close down the Lasek Team entered into force upon publication. Thus, the Lasek propaganda team was closed down, without any prior announcement, on the day of the publication of the Executive Order.

As published on the RCL website, Prime Minister Ewa Kopacz “issued an executive order, pursuant to which, the investigative team commissioned to explain to the public the information and content of materials regarding the causes and circumstances of the Smolensk crash on April 10, 2010, is hereby closed.” In this manner, after nearly 3 years of Maciej Lasek’s well paid “expert” activity, Kopacz has closed the propaganda organ without even making any public announcement of this decision.

The Lasek Team was established on April 9, 2013, in order to convince the Polish public to the MAK/Miller version of events regarding the cause of the Polish Air Force One crash in Smolensk, Russia, on April 10, 2010.

As revealed by Gazeta Polska Codziennie, the propaganda of the Lasek Team’s has cost the Polish taxpayers 1.35 million PLN thus far. The 2014 remuneration just for Maciej Lasek totaled 76,254.85 PLN. What will happen without the team?

Professor Wieslaw Binienda, an independent expert who challenges the position of the Lasek Team has commented on this development as follows:

I think that the closure of the Lasek Team proves the defeat of the Tusk / Kopacz governments’ strategy to convince the Polish public to the lies promoted by the ruling party under the leadership of well-paid Dr. Lasek. During the entire period of its operations, the Lasek Team has not been able to open up for any discussion on the merits, face to face with experts from the Parliamentary Committee for the Investigation of the Smolensk Crash or scientists who presented in-depth results of the comprehensive scientific research at the three annual conferences dedicated exclusively to the Smolensk crash. The Lasek team blatantly disregarded all the evidence produced by these two important scientific fora and chose to operate behind a tightly protected shield provided by the government media. From the safety of the government protection, the Lasek Team conducted a monologue directed at the Polish society, posing as an ultimate oracle, without having any basis to this claim except their political appointment.

As a symbol of their modus operandi was their strategy to use their government positions in order to convince international air crash investigation experts at the 2015 ISASI Conference in Augsburg, Germany, to the version presented in the Miller report, and in a preemptive move, to discredit any contradictory evidence. They appeared at the ISASI conference as the official representatives of the Polish State with the purpose to discredit the results of scientific works that contradict the conclusions of the Miller report.

However, after the first question asked by an independent expert Glenn Jorgensen, they admitted they had no expertise to answer the question and walked away in a hurry. So, they were clearly defeated in the first direct confrontation with the independent expert. Accordingly, it is time that the Polish government stops supporting with taxpayers' money obvious lies about the cause of the Smolensk crash.

I hope that in the near future a new Polish government will undertake meaningful steps towards conducting a real investigation into the cause of the Smolensk disaster. To this end, serious efforts must be undertaken on the international scene to recover from Russia the key direct evidence, including the wreckage of the Polish Air Force One and the black boxes.