New tapes: “The head of government is a vindictive redhead.” 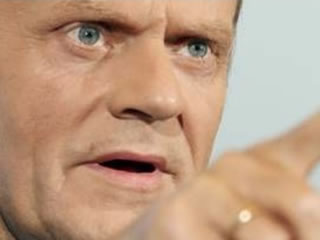 “Remember Ryszard that the head of this government is... extremely vindictive. A vindictive redhead,” that was what Aleksander Kwaśniewski told Ryszard Kalisz during their conversation in 2013, at Sowa&Przyjaciele restaurant. The transcript of this conversation has been published by Do Rzeczy weekly.

“On October 6, 2013 Aleksander Kwaśniewski, the former president, Ryszard Kalisz, left-wing MP, Kwaśniewski’s friend, Włodzimierz Wapiński and another man whose identity remains unknown, were having a meal together at Sowa&Przyjaciele restaurant. The transcript of their conversation is nearly 4.5 hour long. A variety of subjects is covered, but the focus remains on political and social aspects. The most important subject concerns the alleged corruption at a top governmental level. Kalisz is heard telling Kwaśniewski about his meeting with Gen. Janusz Nosek, the Head of The Military Counterintelligence Agency (SKW) at the time,” reports Do Rzeczy.

Without mentioning his name, Kwaśniewski and Kalisz also discussed Donald Tusk, the Prime Minister of Poland at the time. “Remember Ryszard that the head of this government is...” Kwaśniewski said and Nosek added “…exceptionally vindictive.” A vindictive redhead,” concluded Kwaśniewski.

Kalisz: The secret services are run by my friends and pupils.

In another excerpt of the same conversation Aleksander Kwaśniewski talks about his experience during his tenure as president. “The three most demoralized institutions in Poland are, first and foremost, the prosecution, then the secret service and then the public service broadcasting. There is a big gap between these three and any other institutions. You can complain about courts or public offices, but they have some morals, whereas those three institutions will buy, sell, betray and destroy..”stated the former president.

Kwaśniewski also warned Kalisz (during their conversation in 2013) about the European Parliament elections. Kwaśniewski advised Kalisz, who once was the head of his office, to avoid driving during the elections. “You’re driving and suddenly someone is pushing a drunk right under your wheels. You could be the most sober person in the world, but you’re still involved in a scandal and you still have to explain yourself…”

Another interesting part of the conversation is Ryszard Kalisz boasting about his contacts in secret services. “You are not taking account of one thing, Sławek. Coincidentally, all secret services are run by my friends and pupils.” After that comment by Kalisz, Kwaśniewski told him not to boast about it too much.

SKW and Siemoniak reaction to tapes

After the Do Rzeczy revelations, the SKW issued an official statement: “Gen. Janusz Nosek, who remains serving in SKW, confirms that he had never passed any information regarding the SKW activity to Ryszard Kalisz. In particular, he had never suggested that he was in possession of any evidence in any specific cases. Gen. Nosek confirms that following procedures, any materials he had were passed only to prosecution.”

In June 2014 Wprost revealed 6 transcripts from conversations recorded in two restaurants in Warsaw – Amber Room and Sowa&Przyjaciele. The published transcripts were, among others, conversations of the Head of MSW (Polish Ministry of the Internal), the Chairman of the Central Bank, former Minister of Transport, as well as Jan Vincent-Rostowski and Radosław Sikorski. Wprost received information about more tapes, including a recording of an early June meeting of Elżbieta Bieńkowska, the Deputy Prime Minister and Paweł Wojtunik, the Head of CBA (Polish Central Anti-Corruption Bureau). Do Rzeczy got hold of the last tape in the middle of May 2015.

Within the next few months it became apparent that there were more tapes. Waiters Łukasz N. and Konrad L. Informed prosecutors that a conversation between Aleksander Kwaśniewski and Leszek Miller and many others were recorded. During the investigation into the scandal, it turned out that 2 other restaurants in Warsaw could have been tapped, the Ole and Lemongrass, where the waiters involved in the secret tapes scandal worked previously.

After Wprost weekly published the materials on June 16, the editorial office was visited twice by the Internal Security Agency.