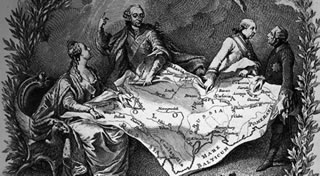 When the occupation of the Parliament took place on December 16, 2016, the Civic Platform’s and Modern Party’s MPs had their joint petition to Brussel’s institutions calling for urgent intervention in Poland prepared in advance and ready to go. Their appeal did not succeed because members of other opposition parties from Kukiz’15 and Polish People’s Party (PSL) refusal to sign the petition.

The circumstances of events within the Polish Parliament on December 16 have begun to unravel, when the Civic Platform’s and Modern Party’s MPs blocked the speaking platform, quoting “defense of independent media” as the reason. The MPs of Kukiz’15 and PSL parties said that the instigators of this attempted coup d’état had their petition prepared in advance and they wanted to present it during a press conference.

The petition was to be a joint declaration by the leaders of all opposition parliamentary groups, appealing to Brussels to intervene urgently into the situation in Poland. The meeting was carried out at the back of the Plenary Hall. The following individuals participated: Modern Party’s leader Ryszard Petru, Civic Platform’s Chairman Grzegorza Schetyna, PSL’s leader Władysław Kosiniak-Kamysz, and representatives of Kukiz’15 Sylwester Chruszcz and Agnieszka Ścigaj. Paweł Kukiz, the leader of Kukiz’15, was not present. He attended the commemoration of the anniversary of Wujek Coalmine pacification in Katowice.

“I was stunned that the petition was ready to be signed. The document described the situation in Poland, was full of slogans about the threat to democracy and fascism. It was an appeal to Brussel’s institutions for immediate intervention into the Polish affairs,” said Sylwester Chruszcz MP. Representatives of Kukiz’15 did not sign the petition. “We would never support such a “brotherly intervention” from Brussels,” declared Chruszcz.

The declaration, which was to be presented during a joint press conference of all opposition groups, was not signed by PSL either. “I have clearly stated that I would not partake in actions allowing external institutions and organizations to interfere into Polish affairs. The petition was scrapped after I refused to sign it, as it would have not been a joint appeal of the opposition,” confirmed the PSL leader Władysław Kosiniak-Kamysz.