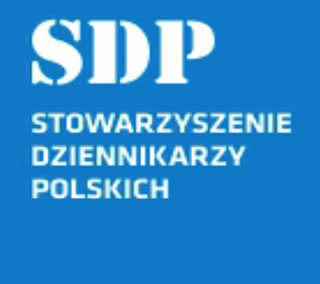 he Association of Polish Journalists (“SDP”) submitted a complaint to Washington Post (“WP”) about a biased op-ed on Poland. The WP declined to take a corrective action. Thus, SDP released to the public its letter to the editor and readers of the WP regarding a biased article by a US journalist Anne Applebaum. Below is SDP letter to WP.

We wish to express our deep concern about some comments recently published in The Washington Post regarding Poland. Their author, Anne Applebaum, appointed by The Washington Post to comment upon current events in our country, has presented some facts in a way which reflects the point of view of the radical opposition party – Platforma Obywatelska (The Civic Platform).

While we do not call into question Anne Applebaum’s competence as a journalist, we infer from the available evidence that her opinions may have been biased by the fact that she is the wife of Radosław Sikorski, a prominent politician of the aforementioned party (The Civic Platform). We do respect the fact that the Editor has the right to appoint a journalist who is engaged in the affairs he or she relates, even though it may affect the impartiality of the presentation. Although, in our opinion, it is a violation of professional standards, we would abstain from expressing our objections, were it not for the fact that a number of false accusations were presented in the late text, published on 19.09.2016, titled “In Poland, a preview of what Trump could do to America”. Below we quote the most striking fragment from the article:

“Readers familiar with my recent op-eds will know that I am not shy about pointing out Russian plots when I see them. But there is just no evidence of one at Smolensk. Within hours of the crash, Polish forensic experts were on the ground. They immediately obtained the black boxes and transcribed them meticulously. The cockpit tape can be heard online, and it makes the circumstances painfully clear. The president was late; he had planned a live broadcast from Katyn. When Russian air traffic controllers wanted to divert the plane because of heavy fog, he did not agree. The chief of the air force sat in the cockpit during the final minutes of the flight and pushed the pilots to land: “Be bold, you’ll make it,” he told them. According to the official report, written by the country’s top aviation experts, the plane hit a tree, then the ground, and then broke up.”

Let us first clarify some points. First, there were no court experts in Smolensk directly following the disaster. Second, Poles did not participate in examining body parts or in analyzing the flight recorders (black boxes). The Polish representatives were not even allowed to approach them. Poland has only received incomplete copies of the black boxes that were made by the Russians. Third, the Russian air traffic controllers did not suggest at any point that the Polish airplane should land elsewhere. Finally, attempts have been made to maintain that the air force leader, general Błasik, sat in the cockpit at the moment of the disaster. However, the experts who analyzed the flight recordings have denied that the voice registered on the tape was his. Their expertise has not been called into question. The supposition that general Błasik forced the pilots to land despite the weather conditions, is an allegation. So is the so-called “quote” cited by Anne Applebaum – ‘Be bold, you’ll make it.’ The latter is a fake and unsubstantiated quotation.

It is worth noting that the Polish pilot did not intend to land in the first place. His intention was to bring the plane down to the decision altitude. Once he had realized that the weather conditions were not appropriate, he made a decision to go around. His command ‘Go- around’ has been registered and never questioned by anyone, including the Russians. Anne Applebaum’s allegation is particularly outrageous because it attaches the blame to general Błasik, and indirectly also to President Kaczyński, for the disaster and the death of 96 casualties.

Anne Applebaum’s text creates a false and untrue image of the Smolensk disaster. For over four years now more than 100 Polish scientists, unassociated with any political party and unsponsored by any organizations, have conducted independent analyses of the air-crash. The results of their non-profit research are in stark contrast to the official report. The results of scientific investigations, presented at four Smolensk Conferences, can also be found in English on the internet.

One might list a number of other manipulations included in the article. We shall give two further examples. According to Anne Applebaum, the film ‘Smoleńsk’ was concocted in collaboration with the present Polish government. This is not true. In fact, it was filmed at the time when the Civic Platform was ruling the country. It took no less than four years to accomplish the task. It turned out to be an arduous enterprise, financed by private sponsors and supported by money collection held both in the country and in the Polish diaspora abroad. Let us also note at this point that Antoni Macierewicz, the present Polish Minister of Defense, has never suggested that “The Protocols of the Elders of Zion” might be true.

We have decided to make our point because Anne Applebaum is not telling the truth. Her article is misleading and, therefore, it misinforms American and world-wide readers of The Washington Post on important matters. In addition, Applebaum’s allegations are unfair and they wrong not only the victims and their families, but also all the people who regard the Smolensk air-crash as a tragic and painful event in Polish history.

On behalf of the Board of the Association of Polish Journalists,