The end of discussion about "Bolek". Institute of Forensic Expertise confirms the authenticity of all documents 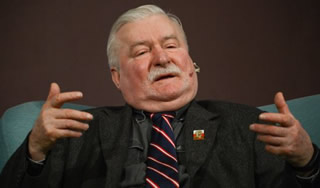 The IPN (Polish Institute of National Remembrance) has closed the investigation into the forgery of confidential “Bolek” files by the SB (Polish communist secret police). The IPN’s prosecutors deemed Lech Wałęsa’s files authentic, and their decision was confirmed by the Institute of Forensic Expertise in Kraków.

IPN announced the closure of the investigation on their website. The confirmation that no forgery took place was the reason for closing the case.

“The investigation concluded that 53 documents within the personal and work files of a secret agents codenamed “Bolek,” which included a commitment statement to work with SB, money receipt, and denouncements, were authentic,” stated the IPN.

The investigation into a suspected false testimony for financial or personal gain by SB officers regarding the “Bolek” files was conducted by the IPN’s prosecutors in Białystok. The investigation began in February 2016, after Wałęsa claimed the files were forged, e.g. the money receipts. When the former leader of Solidarity questioned the authenticity of the hand-written documents he was shown out of the “Bolek” files, the IPN ordered for a hand-writing expertise of the files.

The Jan Sehn Institute of Forensic Expertise in Kraków has been investigating both personal and work files of the secret agent codenamed “Bolek” since May 2016. The files, found last year in the house of General Kiszczak, after his death, include a hand-written commitment statement to work with the SB, signed as: Lech Wałęsa “Bolek.”

At the end of January this year, the experts from the Sehn Institute confirmed the authenticity of the documents connected to Lech Wałęsa’s past as a communist agent. The IPN stated that the analysis of the “Bolek” files and documents they contained proves that Wałęsa had signed the commitment statement to work with the SB himself, as well as money receipts and most of the denouncements.