Vetting of Judges Impeded: Constitutional Tribunal decided in its own case 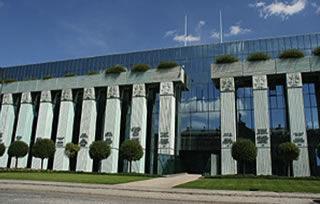 A ruling made by the Constitutional Tribunal (TK) leaves no illusion; the vetting proceedings of judges (verification regarding their ties with communist security forces) can be blocked in a very simple manner. In April 2015, TK issued a decision in this matter. According to TK, judges as well as prosecutors can be vetted only after their immunity from legal proceedings as judges and prosecutors has been lifted. And who is to decide about such immunity lifting? - the judges themselves.

This ruling means that judges will continue to submit their individual vetting affidavits, but even if the Institute of National Remembrance (“IPN”) will have a reasonable basis for suspicion that the statements made violate the law (a vetting statement lie), the IPN still will be required to ask the court for lifting of immunity of such a judge or prosecutor.

Although in its decision the TK stresses the need for vetting of judges, it point out that it should be “balanced by appropriate guarantees” to ensure that adequate security of both judges and justice be upheld.

“On April 2, 2015… the Constitutional Tribunal considered a legal question posed by the District Court in Gliwice asking whether judicial immunity remains in effect when considering the responsibility for submitting a vetting affidavit that was inconsistent with the truth. The Constitutional Tribunal ruled that article 80 § 1 of the Act of 27 July 2001 – the law on common courts -  states that in so far as it does not provide any responsibility for filing untruthful vetting statements, it is incompatible with art. 181 of the Constitution”.

The whole matter applies to compliance with the Constitution of art. 80 § 1 of the law on common courts, as it regards its interpretation by the Supreme Court. According to the Supreme Court, judicial immunity extends over liability for a crime or a tax offence. The Constitutional Tribunal have held that "although the responsibility of a judge for submitting a vetting statement incompatible with the truth (i.e., a vetting statement lie) does not result in any criminal liability in true sense of it, still, it remains very close to it due to its weight and intensity of penetration into the realm of personal rights".

Thereby, the Constitutional Tribunal decided, that also in the area of vetting proceedings a judge is entitled –“alongside with other constitutional guarantees - to the judicial immunity.

The following judges of the Constitutional Tribunal went on record taking this legal position: