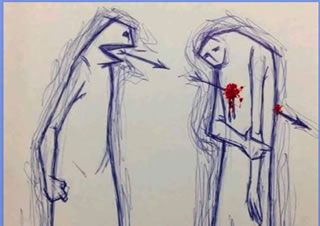 In the TVN program "Black on White," a member of the parliament Joanna Scheuring-Wielgus claims that "the fact of the matter is that priests’ names have been missing or specially hidden in the Registry of Pedophiles.”

"That's not true,” replies the Ministry of Justice. “Inclusion in the Registry, both in the open and classified parts, depends exclusively on the qualifications by the court of the action of the offender as stated in the sentence. It is not true that the Registry’s algorithm was created in such a manner as to omit priest pedophiles. The registry operates automatically. It includes all people who are sentenced for committing a crime in accordance with specific articles and paragraphs of the criminal code, in accordance with the strict provisions of the law of May 13, 2016 aimed to counter threats of sexual crime. The law required creation of a Registry of Sexual Offenders. The profession or social background of a convicted person never had and does not have any relevance here,"- said the Ministry of Justice.
In addition, the Ministry of Justice reserves the right to take the appropriate legal steps against Joanna Scheuring-Wielgus, unless she publicly withdraws her false statements.

"In reality, the language of the relevant Law has been agreed as a result of the legislative work of the Parliament. It was the Parliament that decided how the Registry should be organized, and in particular which perpetrators shall be listed in its public part, and who would be placed in the classified section. The language was influenced by critical reviews of the original draft prepared by the Ministry of Justice, by a report of Ombudsman Adam Bodnar, by comments of the former Chair of the Supreme Court Ms. Margaret Gersdorf, former Attorney General Andrzej Seremet and the National Council of the Judiciary. The Ministry of Justice draws the attention of the public to the fact that in March 2016 in the vote of the Parliament on the final version of the law on the Registry Joanna Scheuring-Wielguin abstained from voting. It is a lie that the registry allows for manipulation of automatically received data, and in particular deliberate hiding of any names of people convicted of pedophilia," reads the statement of the Ministry of Justice.

At the same time, the Ministry of Justice urges other media not to duplicate false information and manipulations presented in the "Black and White" program broadcast by TVN24. The Justice Minister has also announced that a complaint was filed against "Gazeta Wyborcza" for publishing an article about the alleged hiding of priest’s pedophiles names. The author of this article has already admitted that he used wrong criminal code paragraphs of the court sentence regarding the priest who was the subject of this publication – reminds the Ministry of Justice spokesman.