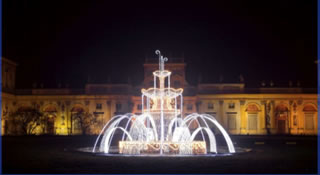 Szymowski reported his findings based on a query carried out at the Office of the Federal Government Plenipotentiary for the archives of former Stasi, the so-called Gauck Institute. Among the files of the GDR Ministry of State Security there are materials of counterintelligence, including the Warschau (Warsaw) and Breslau (Wrocław) groups operating in Poland. In 1989, the Warsaw group was particularly interested in the Round Table deliberations, according to the journalist.

Aleksander Paszyński, the co-founder of the leading Polish daily newspaper during the 1989 transition “Gazeta Wyborcza," was an informant for the East German secret security service STASI according to the documents found at the Gauck Institute. "It is about the files collected in the Office of the Federal Government Plenipotentiary for the archives of the former STASI – the Gauck Institute named after its first boss - pastor Joachim Gauck. It was there that, after the fall of the GDR and reunification of Germany, the files produced for decades by the infamous GDR secret police have been stored," Szymowski explained.

"Among them are the files of foreign intelligence (HVA), which had two special operational groups in Poland: Warschau (Warsaw) and Breslau (Wrocław). When the Round Table deliberations began in Warsaw in 1989, the Warsaw group (Operativgruppe Warschau) received an order from “Centrala” to monitor the course of the meetings and analyze it for geopolitical changes. How seriously HVA treated this task was evidenced by the fact that the officers residing in Warsaw were obliged to make regular weekly reports on the course of the developments," Szymowski says.

In the files of the Gauck Institute, Szymowski found OG Warschau reports prepared and sent with German promptness. They contained three types of information: press materials, agent reports, and information received during STASI officers’ talks with their contacts. Such talks were held at the headquarters of the GDR Embassy in Poland, ​​to which, for some unknown reasons, many activists from the so-called "constructive opposition” rushed in the intervals between deliberations. Those viewed as “constructive opposition” were those activists of the anti-communist resistance who were chosen as "reasonable" by the top communist General Kiszczak, hence worthy of participating in the process of systemic transformation led and controlled by General Kiszczak.

On April 24, 1989, an officer residing in Warsaw made a comprehensive report about the conversation with Aleksander Paszyński who served as vice-chairman of the housing team appointed by the anti-communist opposition for negotiations with the communists at the Round Table talks. The report contained information on the moods prevailing in the opposition circles and behind-the-scenes talks at the Round Table. According to this document, Paszyński shared with his German interlocutor information about the talks behind the scenes and positions of individual factions. He spoke about the moods among the opposition activists, who presents what position on what matters, what results of talks are expected, and finally what steps individual opposition activists intend to take on matters that are being negotiated. “A comprehensive note prepared by a STASI officer acting as a cultural attaché, has 7 pages. It's very precise,” observes Szymowski.

How do we know that the interlocutor of the STASI officer was Paszyński? This requires neither the examination of STASI registration logs nor any other tests. Simply the STASI officer identified Paszyński by name. He also included additional information about him. He identified Paszyński as "a journalist" and "participant in the Round Table talks." This identification information combined with the information provided in the report leaves no doubt that his contact was Aleksander Paszyński - a former journalist and subsequently Minister of Spatial Planning and Construction in the government of Tadeusz Mazowiecki. In addition to Andrzej Wajda and Zbigniew Bujak, Aleksander Paszyński was one of the three signatories of the founding act establishing the company AGORA SA that publishes Gazeta Wyborcza.

Szymowski will not have the opportunity to ask Aleksander Paszyński to respond to the STASI documents about him. Agora's co-founder died in Warsaw on June 27, 2001. He took the secret of his relationship with STASI to his grave.

Szymowski found documents regarding talks between Paszyński and the STASI officer at the Gauck Institute during research on STASI operations in the PRL. This research project will culminate with a book, which will reveal other STASI confidants - many of whom have held and some are still holding important public positions in Poland.

Szymowski claims that many other anti-communist “constructive opposition” activists participating in the 1989 Round Table talks were drawn to the GDR embassy in the breaks between the sessions.

He concludes with the observation: “Today I can tell you this much: getting to know STASI documents from that era, getting to know the records about many of STASI confidents, including well-known politicians, allows me to look at the reality of Poland after 1989 and the Polish-German relations differently.”