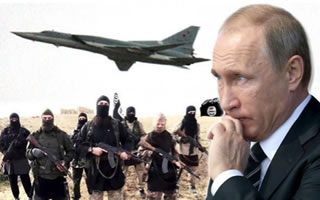 A former officer of the FSB (Federal Security Service of the Russian Federation) revealed information that may cause an international espionage scandal.

Russian agents are purported to have been cooperating with the Islamic radicals. He said that the riots in London in 2009, 2010 and 2011 were planned by the FSB and the SVR (Foreign Intelligence Service of the Russian Federation). They also knew that terrorist acts in Paris were under preparation.  The Experts who on two occasions, with the help of a lie detectors assessed the truthfulness of  his statements, said that he was telling the truth.

For a long time, it has been speculated that the Kremlin may have had a part in the terrorist attacks that took place in Europe and the United States. So far, no confirmation of such reports has ever been presented.

The Ukrainian TSN television aired an interview with the former officer of the FSB. He was an experienced agent, and gave testimony pertaining to his area of expertise in combating the terrorism and terrorist organizations.

Read more: Biełkowski: Putin knew about  preparations for the terrorist attacks in Paris.

Such a testimony is an extremely dangerous step for the FSB agent with access to secret information; in this case, for Yevgeny. However, as he had said, he decided to break with the past. The reason for which he fled from Russia was not an ideology, but rather personal considerations. 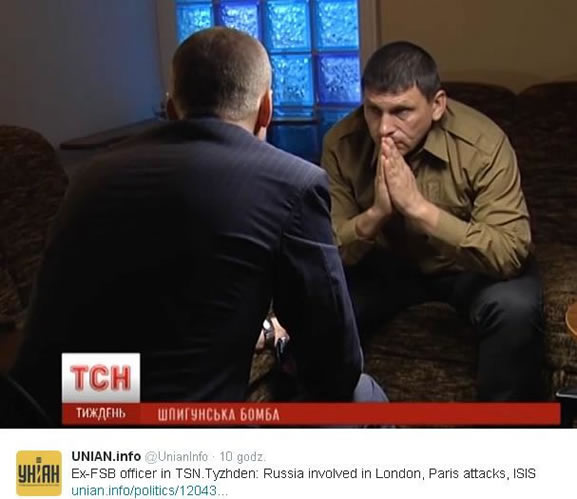 Ukrainian experts who  verified his statements with the use of a lie detector on two occasions confirmed that what he said was true. Yevgeny claims that radical Islamic groups are working with Russian agents, and Moscow has a real impact on their activities. "Guided by good intentions, human rights activists from across Europe want to help persecuted people in their quest to escape violence in their home countries. Among them were spies with falsified identity documents and fabricated backgrounds. Furthermore, they actively infiltrated Muslim communities. With the assistance of the security service, and cash readily available for covert operations, they gained credibility and moved up in the hierarchy" - said the former FSB officer.

He presented how his false background was crafted for the purpose of the secret mission. This is how it worked:

An agent would receive a package of fake documents. It included a passport or documents proving that his or her relatives were persecuted. He would also have a fabricated list of ongoing FSB, or the Ministry of Internal Affairs in Chechnya or Dagestan investigations, and newspaper clippings about his alleged prosecution. From this point on, the individual would be  remotely monitored. An agent would not be contacted for about a year. After some time, someone, for example, older group of Chechens with links to the FSB and the diaspora abroad, would established a point of contact with that person.  At this stage, the person would begin to receive financial support. At first,  a thousand dollars, then tens of thousands of dollars for the upkeep of her family, or to start-up a company, and to and cover-up  espionage operations.

According to Yevgeny, Russian agents were instrumental in organizing the terrorist attacks in Europe. Their task was to undermine the target countries, and to create a so-called multicultural conflict.

Beginning in 2009, there has been rioting between local radicals and Muslims. As a result, in 2011, three persons were killed.

“As far as  2009, 2010 and 2011 riots are concerned, when no looting of stores had occurred, all of this took place in accordance with the plans approved by the FSB and the SVR (Foreign Intelligence Service of the Russian Federation) a long time ago”, admitted the former FSB officer. He added that these operations were helped by people who received money.

Is there any evidence that suggests that Russian special services were involved in the terrorist attacks in Paris, or at least knew about them beforehand?

"They knew that the terrorist acts were being prepared. They knew it, but did not want to share this information, i.e., being accused of complicity in terrorist acts. Through the analysis of these connections, one can see the links leading to Russia. Russia can take advantage of this, and the Russian security services had all of the possibilities of organizing this”.

Asked to provide the names of Russian agents in Muslim networks, he pointed out who receives money and who, from time to time, destabilizes the situation. Here Yevgeny said:

"The son and two nephews of the Hezbollah's security chief. He once lived in Moscow, is now in Europe, and the SVR manages an Arab-Lebanese cell.”

Yevgeny claims that Moscow is actively involved in the formation of terrorist groups against which Russia is reportedly carrying out a war. This concerns the "Islamic State", or ISIS. "Russian special services are partly involved in the creation of ISIS. Just as is the case of the attacks in Paris. Practically speaking, they were partners in this,” claims Yevgeny.

After the split in the terrorist organization Al-Qaeda, former Iraqi army officers and members of the Arab Ba'ath Socialist Party began to create ISIS. All of them were graduates of Moscow’s institutes of higher education.

Russian special services firmly believed that “if a terrorist organization has been called to being as an alternative to Al-Qaida and caused problems for the US, just like is the case Donbas in the Ukraine today, it would be a fair game,” stated the former FSB officer.