NATO Counterintelligence Center in Poland „a clear signal to Russia that its espionage activities will not be tolerated.” 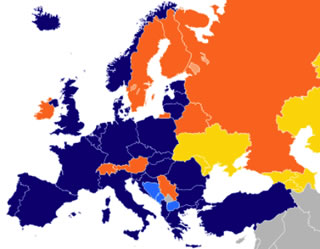 ”NATO is in the process of creating a counterintelligence (CI) and counterterrorism (CT) center of excellence in Kraków,” announced a German weekly Welt am Sonntag. The center will open this year.
The decision to form the Center has been made following tensions between the Western military alliance and the Russian Federation. “Between 40 and 70 of military officers will station at this center, which has been given a working name “Counter Intelligence Center of Excellence,” adds WamS. The unit will be located in southern suburbs of Kraków.

Poland and Slovakia signed a memorandum to open the NATO center a year ago in October. The memorandum stipulates the involvement of 10 NATO member states in installing structures on the territory of Poland. German Bundeswehr is to send among other things training officers.

According to WamMS, this is “a clear signal to Russia that its espionage activities will not be tolerated.” Moscow is indignant. “These actions are fueling current, false confrontation of the West with Moscow,” commented Russia’s envoy to NATO Alexander Grushko. However, the fact remains that Russia conducts its intense espionage activity all around Europe. Only in April, several employees of the Russian Embassy in Brussels have been deported by Belgian authorities, whereas NATO denied all Russian Embassy’s employees access to its headquarters, exempting from this prohibition the ambassador, his deputy and two other associates.

WamS referred to Jens Stoltenberg’s statement that the number of accredited diplomats to NATO countries does not exceed 30 per member state, whereas Russia attempted to have over 100 diplomats of various levels accredited to NATO.

“These individuals conduct the espionage activity on behalf of the Russian Main Intelligence Directorate (GRU) or Russian Foreign Intelligence Service (SVR). We decided to make their activity harder for them,” said Stoltenberg when explaining why Russia’s application to accredit so many diplomats was denied. Stoltenberg supports the idea to intensify the counterintelligence activity, particularly in Central and Eastern Europe, the areas that remain the primary focus of Russian espionage.

The tensions between NATO member states and the Russian Federation have been visibly escalating. The crisis in Ukraine continues without any end in sight that would offer satisfactory outcome for Ukraine - that is bringing back Crimea and having the Russian army withdrawn from its territory. The conflict in Syria puts an additional strain on the NATO-Moscow relation, with Russia supporting a Western enemy Bashar al-Assad in this falling apart region.

At present there are 23 NATO centers of excellence around the world. Their activities revolve around areas such as strategic communication or crisis management. 19 centers have been accredited. One of such centers is the Military Police CoE in Bydgoszcz, with Poland as the framework state.