Kosciuszko Monument near the White House
Devastated by Vandals! 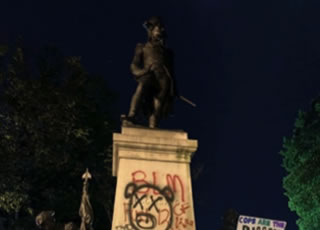 During the May 31, 2020 night riots in Washington, a monument dedicated to the Polish-American hero General Tadeusz Kościuszko was devastated by a mob. None of the vandals even realized who this Polish American national hero was. If only instead of devastating America, burning cars, smashing windows, stealing from stores, they could start reading books, maybe they would think twice before undertaking this "desperate act of fighting against exclusion and racism" against the monument dedicated to Tadeusz Kosciuszko.

In a letter dated May 5, 1798 written to the President of the United States Thomas Jefferson Tadeusz Kościuszko wrote:

"I, Thaddeus Kosciuszko being just in my departure from America do hereby declare and direct that should I make no other testamentary disposition of my property in the United States I hereby authorise my friend Thomas Jefferson to employ the whole thereof in purchasing Negroes from among his own or any others and giving them liberty in my name, in giving them an education in trades or otherwise and in having them instructed for their new condition in the duties of morality which may make them good neighbours, good fathers or mothers, husbands or wives and in their duties as citizens teaching them to be defenders of their liberty and Country and of the good order of society and in whatsoever may make them happy and useful and I make the said Thomas Jefferson my executor of this. 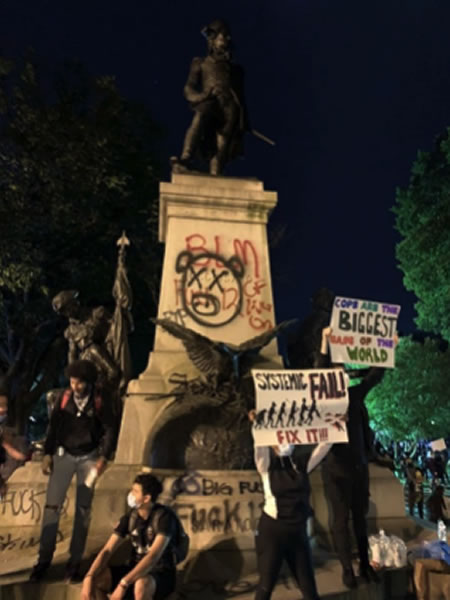