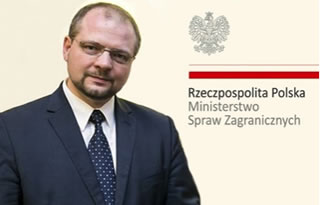 Alexander Stępkowski, Undersecretary of State in the Polish Ministry of Foreign Affairs, stated that a decision of the European Commission to impose on Poland procedures for the protection of the rule of law was illegal since "there is no basis in EU law” for such a decision.

Undersecretary Stępkowski also noted that "the Polish Republic expects that the European Union Treaty will be observed by the European Commission."

Some commentators in Poland pointed out that European institutions begin to use the law of lawlessness, in other words, the law of the stronger known as the law of the jungle or fist. This is a similar trend as can be observed with respect to the Polish Constitutional Tribunal, which granted itself the powers to decide in matters over which it had no jurisdiction.