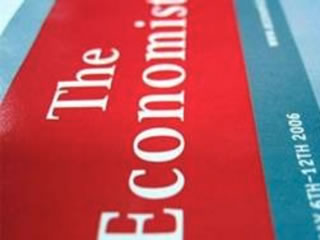 Adam Bielan has been exposing the current government’s efforts in discrediting Andrzej Duda in the eyes of public opinion in Europe. Among those caught up in this campaign are Donald Tusk, President of the European Council and Anne Applebaum, the influential international journalist and a wife of Radosław Sikorski.

During a broadcast on Telewizja Republika Bielan revealed how politicians of the Civic Platform directed their political attacks on the late president Lech Kaczyński through foreign media outlets between 2005-2007 when Bielan served as the Law and Justice Party’s press secretary and MEP.

“This was a certain perpetum mobile. First attacks incendiary in nature were instigated in the Western media, and then they were rolled out and used by the opposition in the Polish media,” explains Bielan.

“And that is exactly what we’re seeing happen right now as there are attempts to poise the European media against the President-elect. However this time, Donald Tusk’s associates have been caught red-handed in this manipulation process,” says the former MEP.

As President-elect was ceremoniously sworn into office, the media falsely reported that Tusk’s absence at the inauguration ceremony was due to a lack of an invitation. The website Politico ran this story based on an email sent out by Tusk press team.

“This may just be the beginning of a long presidential campaign. It’s no secret that Tusk will be gearing towards winning the presidency in 2020 after leaving Brussels. Andrzej Duda has in a way become his main rival for that position” says Bielan.

What Bielan has noticed is that the orchestrated jab at Duda by the Tusk people this time fell short of his expectations because the Polish media did not take the story too kindly. Even the press that usually sides with Tusk decided not to take the issue to heart. Consequently, he elevated this conflict to the European media and international press.

During the program on TV Republika, it was noted that Andrzej Duda spoke about a joint intermarium endeavor involving Adriatic, Baltic and Black Seas, with focus on Russia, a strategy currently supported by the US.

“Anne Applebaum is a heavyweight when it comes to Soviet and Communist studies and Eastern relations. She understands the issue very well. What made the Twitter post that much more relevant is the fact that not only is she the wife of Radosław Sikorski but also a very influential journalist on both sides of the Atlantic,” commented Bielan.

Bielan also added that Applebaum is a regular at the British weekly, “The Economist.”

“So it comes as no surprise that today’s edition of The Economist attacks President Duda. This is a warning how exactly the public opinion in Europe and around the world could be shaped by all sorts of adversaries in Poland who have vested interest in creating and stimulating negative international press for the new President of Poland,” says Bielan.

According to the former MEP, Applebaum’s tweet has revealed a lack of good will on her part. If anything, it might just be an initial push for the race in 2020, for Radosław Sikorski.