Transformation from Communism to Communists 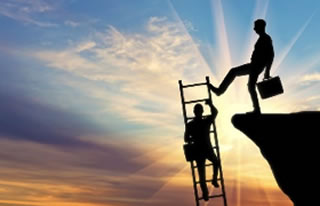 When I read that: "... Deripaska HAS BUILT an aluminum, energy and industrial empire from assets privatized after the collapse of the USSR," I laugh like a mink.

When after the so-called "collapse of communism" in Poland our workplaces were dissolved and all employees dismissed - all the directors and members of the Polish United Workers' Party, i.e. former communist leaders, got the job with ownership in this post-workplace. All other ordinary employees were eliminated.

Because I had "papers" and solid professional experience - I decided to "privatize" as well and wanted to set up a design company to design for example single-family houses, garages, other buildings and maybe even production buildings. So, I wrote to the Department of Commerce in the city of Ł .... for permission to conduct such "economic activity." And then I got the answer from them: "The Office does not give consent to such activity because in the city of Ł .... there are two State Design Bureaus 'Miastoprojekt' and 'Design Biuro for Communal Infrastructure.' These entities meet ALL the needs of the community.”

Yes, so .... I did not build any design empire after the collapse of the Communist Workers' Party in Poland. A few years later, I learned that both these State Design Bureaus mentioned in the reply were privatized by... the Director of the Construction Department at the same City Hall…