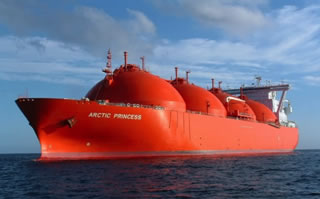 It is not commonly known that Russia together with Germany strategically placed the first two Nord Stream pipes on the bed of the Baltic Sea in such a way that ships with draft of more than 13.5 meters, such as deep-sea containers, would not be able to enter Polish seaports in Świnoujście and Szczecin. Despite Angela Merkel’s promise to Donald Tusk that Germany would bring the pipes down when Poland decides to develop these seaports, the German government rejected the Polish request in this matter.

In June 2011, when Nord Stream was in a development phase, Chancellor Angela Merkel and Donald Tusk who served as Polish Prime Minister at the time, entered into negotiations to determine how deep the Nord Stream gas pipelines would be placed at the bottom of the Baltic Sea. As a result, Donald Tusk agreed for the pipes to be placed in a strategic positon, which would partially block access to seaports in Świnoujście and Szczecin, making them inaccessible to ships with a deeper draft than 13.5 meters. The decision was justified by the fact that large, deep-sea container ships do not enter these ports and probably could not enter due to the lack of appropriate fairway, and it was unlikely to change in the future. Thus, the placement of Nord Stream pipelines was relatively shallow, without additional costs. Significantly, Angela Merkel promised that should there ever be a plan for the two seaports to admit larger commercial vessels, Germany would “sort out the legalities” regarding placing the pipeline deeper on the German side in order to unblock the access.

Subsequently, Russia and Germany placed the first two Nord Stream pipes at the bottom of the Baltic Sea in such a manner that at present Świnoujście and Szczecin are not accessible for vessels with draft deeper than 13.5 meters. Deep-sea containers have average draft of 14 or 15 meters, thus they cannot enter the two seaports without damaging the Nord Stream infrastructure.

Several year later, in 2015, Szczecin and Świnoujście Seaports Authority began its preparatory construction works for a liquid gas container terminal and mass cargo terminal at the seaports in Świnoujście and Szczecin. Both these terminals were designed for vessels with draft deeper than 13.5 meters. Following Angela Merkel's promise, Szczecin and Świnoujście Seaports Authority filed a claim with a Hamburg court against the Federal Maritime and Hydrographic Agency of Germany, which agreed to modify the first two Nord Stream pipes placed across the fairway used by the vessels coming in and out of Świnoujście. The Polish side requested the pipes to be moved deeper into the sea at the point where they crossed with the fairway to Świnoujście in order to allow vessels with deeper draft to enter the port.

However, on December 17, 2015, the court in Hamburg rejected their complaint, making Angela Merkel's promises given to Donald Tusk back in 2011 that Germans would "sort out the legalities" to place the pipes deeper on their side - worthless.

What makes this issue even more serious is the current decision to modernize the mentioned seaports for liquid gas containers to assure Poland’s energy security. This key investment project is undertaken as part of the Infrastructure and Environment Program for years 2014-2020, and is worth around 1.39 billion PLN, with 85 percent of funds coming from the European Union. Unfortunately, because of the decisions made by Tusk and Merkel back in 2011, it is only possible to deepen the fairway to 13.5 meters for now..