Russian media offensive
“All intelligence services in Poland should look into it.” 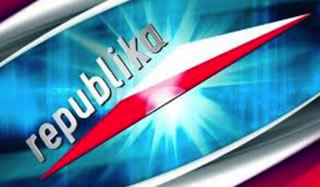 In the program “The End of the System” shown on TV Republika, Dorota Kania discussed the Russian intelligence operations, Kremlin propaganda in Poland, and the role of the media that are part of this offensive. “The influence of intelligence forces is in particular noticeable everywhere when Putin starts from the weak position but despite it nevertheless begins to win and dictate his terms to others,” said Witold Gadowski, the investigative journalist.

Back in 2013, Russia formed a state owned company responsible for the information warfare against western countries. This company was established through a merger of three key state institutions: the Ria Novosti news agency, Russia Today television, and The Voice of Russia radio,” explained Dr. Jerzy Targalski, a commentator and an expert on eastern matters.

“Radio Sputnik was criticized for the first time only after the Russian aggression on Ukraine and the annexation of Crimea. What is more, Sputnik’s broadcasting license is currently withdrawn, although this decision can still be appealed, which means its status is suspended, and the consequences of the lack of license haven’t been implemented,” emphasized Kania, the program’s host and the author of an article regarding this issue, published in Gazeta Polska.

Radio Hobby, which grants airtime to Sputnik for political content, claims it is for commercial reasons, and none of its journalists identify with the message Sputnik sends. However, the Polish National Radio and Television Broadcasting Council decided to revoke the radio’s license based on the grounds that the license is only issued for a specific radio station. Such radio station is not allowed to sell its airtime to any other station. The matter has been taken to court and is currently awaiting trial.

Portal Sputnik is also engaged in Russian information warfare and is supported by several internet portals available in several dozen countries and has more than 30 language versions, with the content tailored individually to each country.

“The subject of Russian influence in Poland is complex and should be the focus of all intelligence services. We were Russia’s allies before, and our intelligence was open to Russia. Fortunately, this has changed now, but the issue still remains,” said Gadowski.

“Russian influence over the American media or American elections represents a serious problem even in the U.S. The scale of this interference depends on the historic factors,” added Gadowski. He stressed that the Russian intelligence services play their part. “It is particularly noticeable when we consider results of Russian foreign policy. When Putin begins the game in a weak position but, despite that, he begins to win, the involvement of intelligence services is evident. The Middle East is a perfect example of such involvement.”