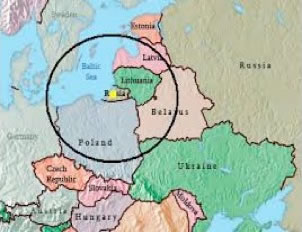 W Polityce.pl: Jan Parys, the former Chief of Polish National Defence, has recently said that Poland should order military mobilisation as soon as the Ukrainian crisis spreads beyond the Dnieper River territory. We know that fighting continues in Ukraine and further areas are being taken over by the Russian state-sponsored terrorists. How serious must the situation in Ukraine become for the Polish government to start war preparations?

Prof. Żurawski vel Grajewski: In my opinion the moment the war spreads beyond the Donbass region Poland would be forced to act boldly. When the armed conflict reaches another Ukrainian region, and it will happen, we will have to act. Such scenario is almost certain because the signals sent from the West to Putin, possibly not intentionally but encourage Putin for the next stage of aggression. Poland should already be making intensive preparations to face this situation, but it looks like this may not be the case. This is an election year in Poland and it is unlikely that the government would be willing to impose military preparation costs on the citizens. Therefore, my fear is that we will walk into the crisis completely unprepared, without any precautionary measures.

It is clear that Russia plays the leading role in the Ukrainian crisis. Despite the conflict taking place miles away from Polish borders, we have to be vigilant about our northern border with Russia. Can Kaliningrad Region be perceived as an area different than the rest of Russia?

We are obviously dealing with one country. Its army structure is uniform, commanded centrally, and any orders coming from the centre will be obeyed.

In that case, how should the Polish government perceive Kaliningrad Region?

I don’t think that from a political point of view Kaliningrad would be convenient as an armed conflict zone. If Russia wants to invade further, other regions are more likely to be targeted. What’s important is to understand Putin’s actual strategic goal. It isn’t Donbass, Dobaltseve or Crimea. The real Russian goal is in fact to form a new concert of Europe, which would lead to a breakdown of unity in transatlantic relations. Russia has to prove that NATO is a paper tiger, what in fact has already happened. Exposing EU as weak and NATO as not credible will allow Moscow to form a concert of Europe, and that seems to have happened already too. It can be noticed by analyzing the Normandy or Minsk negotiations, during which Europe leading countries have been discredited as unable to enforce agreements they signed on. Today it became clear that in order to stop Russia, the West must reconsolidate and American dominance must be reinstated in Europe. Germany and France understand the dilemma, but they’re not willing to make that decision, since they’re not threatened.

I think they would, but their political leaders are dangerously weak. Putin, knowing that the USA is weak under the Obama administration, must implement his plan before 2017. This will make Moscow impatient and willing to rush, so the crisis will spread a lot quicker than anybody predicts. Poland, on the other hand, plans to be ready in 15 years time, which is pointless – we must prepare for the forthcoming crisis. Furthermore, our President, Prime Minister and Ministers don’t implement any mobilisation measures; on the contrary, they demobilize the Polish people. Therefore, considerable defense spending or re-establishing mandatory military service are unlikely to receive positive reception.

The matter of military service is a taboo subject in Poland. Should Poland consider making the army training universal?

We all agree that our army experiences a shortage of soldiers, but people are afraid to admit that re-establishing mandatory military training of citizens is the only logical solution, rather than mobilising paramilitary forces or foresters. The decision to abolish mandatory military service was made by Civic Platform for political reasons in connection with the elections and was lacking any merits. To the contrary, the geopolitical situation back then was a solid motive against it, considering the Russian attack on Georgia at the time. Sadly, I have no illusions that this year the national interest is going to be more important than election. I don’t expect Poland to respond in any way to the increasing threat.

Recently, people in power have been admitting that Russia is indeed a threat. However, they all immediately add that Putin won’t dare to cross NATO boundaries. Are you certain he won’t?
I am not certain. On the contrary, I think he will. As I have mentioned, it is not the goal of Moscow to take control of some parts of Ukraine. One of the goals is the entire Ukraine, but more importantly reshaping international relations, so that a new concert of Europe can be established is the ultimate goal. For Russia, to play a key part in that concert, a breakdown in transatlantic relations is necessary. This, in turn, requires weakening NATO. Putin would have to strike in a way that won’t trigger a reaction from NATO.

So Russia will cross NATO boundaries?

The question is what does it really mean to “cross NATO borders.” Putin is not going to order his armoured division to attack the Baltic States; not until he is absolutely sure that NATO has disintegrated. However, what Putin can do is to for example dress his army into Polish uniforms and send them over to Lithuania as ”little green men.” They will pretend to be Polish rebels out there. In Ukraine the rebel leaders were respectively the natives of Crimea, Donbass and Transnistria. They can turn up in Vilnius Region as well. And that will be a serious situation for us.

It is unlikely that people will believe it again.

That doesn’t matter much. In politics it is enough that people want to believe in it. Those, who will find it convenient, will accept the theory of an internal conflict. Therefore, no outsiders should intervene. Add to it some media provocations, showing Poland as a xenophobic and anti-Russian state full of fundamentalists, and Russia will be able to project a false image of Poland to the rest of Europe – all this to let Putin proceed with his plan. We may see some bomb attacks, etc. In this manner Russia will conduct its operation against NATO. Most likely it will also activate many pacifistic groups in the West. Another possibility would be to apply the narrative used in the former Yugoslavia war scenario.

What sort of scenario?

During that war, an idea was promoted that communism stopped a variety of nationalist movements and its end would cause their return. Russia is capable of conducting such propaganda warfare because it has experience and substantial resources at its disposal. We won’t be able to defend against it. The term “crossing NATO boundaries” is vague these days. It is not about crossing the actual borders, just like it was back in 1939. However, destabilising Europe and proving to the world that NATO is powerless is realistic. We also have to remember Russian minorities in the Baltic States that can be put to use. Should that happen, it is easy to predict German or French reactions. Their nationals are bound to react negatively to their governments’ confrontational attitudes towards Russia. After all the election time is approaching there. The entire Europe is prone to Russia-incited shocks. This situation will be playing out within the next few years. The way it is heading now is extremely dangerous.