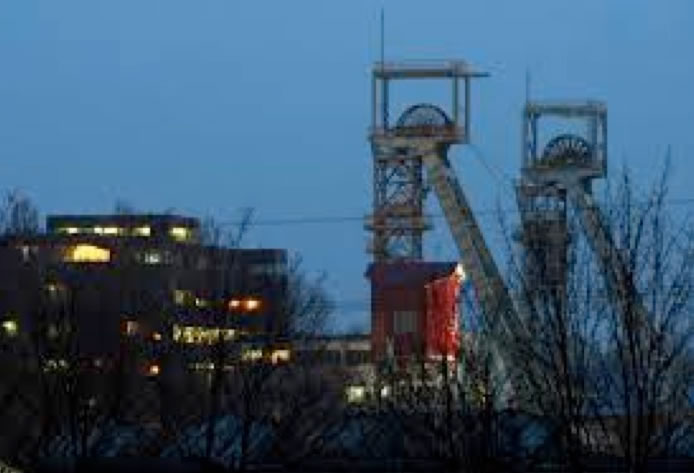 A few words on the mining industry...

The government's plan for the "healing" of the situation in the Polish mining sparked a wave of indignation in the mining community and sparked discussion in Poland on subsidies for Polish mines.

The first argument coming from the government is a question of subsidies for the mining industry. Society swallows this tale like a child believing in Santa Claus. Indeed, the state has directed funds to the mining sector. And here we have the first manipulation. Referring to the mining sector, the media and politicians use figures relating to the mining of salt, brown coal, coal or copper, which is already an unacceptable abuse. The second is the deliberate concealing of the information that the mining sector pays huge amounts to the budget in the form of all kinds of taxes. In 2013, VAT alone from the mining sector added about two billion PLN to the state budget, income tax on physical and legal persons in the same year, more than one billion PLN. To this must be added over 20 kinds of fees per each ton of coal, from the "climate" fee through "exploitation" charge, which are paid to the local communities. As a former councilman in Orzesze, I can disclose that the "exploitation" charge contributes over one million PLN to the Orzesze budget – which is more than the town spends on renovation and construction of new roads. Orzesze is not a mining municipality and only two or three lodes are mined from under the town per year. I cannot even imagine the money that cities such as Ruda Śląska, Jastrzębie or even Łaziska must collect from coal companies. But this money is never shown as income from mining and recognized in the balance sheets against so called "subsidies". These alleged subsidies are closely linked to the issue of massive and rapid increases of the tax on Polish coal, which the Civic Platform (PO) government assessed on each ton of Polish coal in the times of good prosperity. As a result, we have the most taxed coal in the world!!! Neither the media nor the politicians want to talk about this fact. In 2000, taxation on a ton of coal amounted to PLN 35, and today it is almost PLN 100. 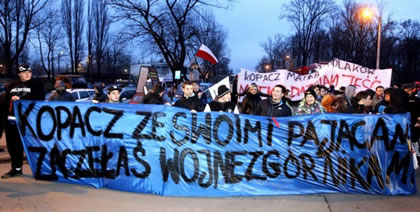 The second argument used in the charge against the Polish mining industry is, I quote, "Gargantuan" wages of miners. According to the media line, miners' earnings average about PLN 7.5 thousand per month. That might be true if you consider that this is the gross wage, a detail often ignored, and that this takes into account the earnings of people on all levels of management of companies and all sorts of "managers" earning tens and sometimes hundreds of thousands PLN per month, while the average miner nets about PLN 2.5 thousand. Along with the issue of earnings comes the question of "miners' privileges." Strangely, nobody reproaches railway men for having a substantial discount when traveling, nor does anyone condemn bloated administration salaries, and of course, nobody reminds teachers that they do, after all, have more time off than anybody else. I do not reproach these professions. I, too, could have become a teacher, a railwayman, or an administrative bureaucrat. What is at stake here, however, is that Barbórka, the annual bonus for coal miners, is nothing special if you take a moment to consider the privileges accorded to other professions; moreover, it is certainly no reason to liquidate the Polish coal industry. Such reasoning is nothing more than a social engineering procedure whereby the society is pitted against the miners, so that the last bastion of Polish industry can be quietly destroyed with the mute approval of the masses.

The Polish government announced a recovery plan for Kompania Węglowa – the largest coal company in Europe – based on liquidating four coal mines and selling four or five more to Węglokoks. What does this mean? In order to understand the current situation we have to look two decades back, to a time period when Poland was undergoing a vast process of transformation. In 1990, despite 45 years of socialism, Poland was the twelfth most powerful economy in the world. Naturally, Polish industrial companies were a delicious morsel for the West, which either immediately bought them out at incredibly discounted prices, or deliberately pushed them to bankruptcy, so that foreign conglomerates and firms could buy them out for next to nothing. Examples? The Telephone Equipment Production Works (Zakłady Wytwórcze Urządzeń Telefonicznych) was the leader in the telephone market in 1990 and had a monopoly on the Russian market. Almost immediately, it was taken over by the German phone producer Siemens: employees were given ten-month severances and production was subsequently moved from Poland to Germany. And it was all downhill from there. Polish cement manufacturers, sugar refineries, textile factories, paper mills were all sold, bought out, or subsumed into foreign corporations. Gradually, Polish shipyards, steel mills, and power plants were liquidated and then bought out by Western corporations for laughably small sums of money. And then, working on the same machines with the same people (however, for wages that could only be described as pitiful, allowing mere survival but no dignified life), these fallen Polish industries start to bring in huge profits for the German, French, or Swedish corporations that bought them out. In Orzesz, a simple example would be the glassworks, now barely functioning. The telephone industry, in turn, is in the hands of France Telecom, while the energy sector was given away to the Swedish Vattenfall. 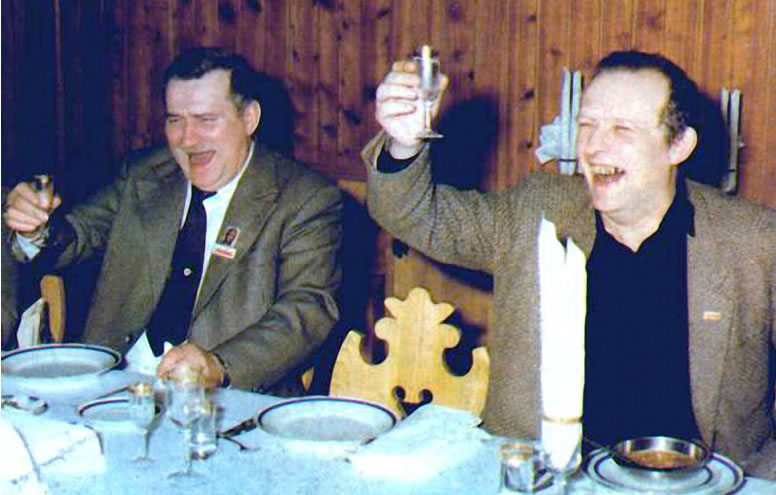 Likewise, Polish trade does not exist – Polish stores are smothered or pushed out by multinational corporate chain stores, starting with Biedronka, followed by Auchan, Castorama, Tesco... Polish shops are destroyed by taxes, while foreign corporate chains are favored under Polish tax law. Another incredulous phenomenon is the issue of Polish banks. Currently there are about 60 banks operating in Poland, of which only one holds Polish capital (Bank Gospodarstwa Krajowego). The rest have been sold out to foreign banks – estimates hold that they were sold for around 25 billion PLN, when in fact their value exceeded 200 billion PLN. What's more, every single year, these foreign banks pull about 15 billion PLN in profits from Poland!!! Foreign corporate chain stores derive not much less. The coal mines that are to be liquidated have, in the last two or three years, become significantly revitalized: modernized processing plants have been installed, as well as new drainage channels costing tens of millions PLN. Investors and representatives of foreign firms are already appearing on the scene, voicing their willingness to buy out the processing plants (of course, for pennies on the dollar) and confidently predicting that within a year of buying them out, they will be able to turn a handsome profit. What, exactly, is going on here? I think that by now you can guess...

Today I hope that everybody who wishes to reduce the wages of miners, in order to sell out the Polish mining industry, ask themselves one question. Do you want Poland to become a colonial client state for the West? In large part, it already is. But all is not lost. We still have Polish coal mining, the last bastion of Polish industry. It should be clear by now that there is one overarching goal in this game of social manipulation: to turn society against the miners, to repeat the lies and half-truths about inflated earnings, taxpayer subsidies going to an unprofitable industry, and the absolute need to sell in order to turn a profit. Once this propaganda is widely accepted, then the last branch of the Polish economy will be effectively destroyed. The European Union destroys us with their climate taxes and subsidies for every branch of industry except for mining; the Polish government destroys us with the simultaneous largest taxation on mined coal in the world, and the importation of low-cost coal from other countries (mainly from Russia). The reasoning as aberrant: Russia can impose an embargo on Polish meat and Polish apples, but we cannot impose one on Russian coal because of some trade agreement. In the background President Komorowski and the ruling party want to quietly change the constitution in order to sell the National Forests to raise funds to the tune of 65 billion PLN already earmarked for the restitution of Jewish property lost during World War II. WikiLeaks has already revealed secret memos and meetings between the Polish and Israeli governments on this issue. Of course, not a word was said about this in Polish media outlets. Why? Simply because Polish media do not exist – Polish remains the broadcast language, but the companies behind every media outlet are foreign, mainly German.

For the time being, everything is going exactly as planned by them, those who are counting on the ultimate destruction of Poland and on the enslavement of Poles to liberal capitalism, working just to survive. The last branch of Polish industry falls with the approval of the Polish public (with the notable exception of the miners and inhabitants of Silesia). The National Forests, too, will be for sale, if not today then tomorrow. The expansion of Western corporations will steadily increase as the standard of living decreases: the media and the ruling class will convince everyone that someone supporting a family on 2000 PLN per month is living in prosperity. The Polish nation, instead of radically opposing this final solution to the Polish question, will continue to bicker about whether the miners are to have their coal, whether a school should have a crucifix on its wall, or whether two guys can have children. And one day we will all come to understand that it's not our country anymore. Then, however, it will be too late. Perhaps it already is...

About the author: Adam Kurpas, a graduate of the Silesian University of Technology, Faculty of Mining and Geology, specializing in mining and exploration geology, since 2011 has been working as a geologist in JSW SA KWK "Krupinski." He was also a City Council Member in Orzesze for the terms 2006-2010 and 2010-2014, as well as a National Movement activist in the district Mikolów. http://bit.ly/1wtWA5f