What has Poland done about Jürgen Roth’s revelations? The supporters of the “armored birch” myth face a problem as the German intelligence proves credible. 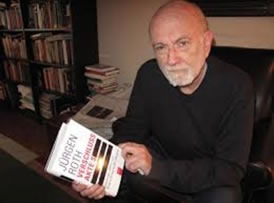 It’s been a month since the first news about the book by a German journalist, Jürgen Roth, emerged. From the very beginning the Polish media attention focused on a German report, according to which, both Polish and Russian sources provided information to a BND (German intelligence agency) officer that the Smolensk crash was in fact an assassination with the use of explosives, carried out by the FSB (the Russian Federal Security Service) and allegedly ordered by a high official of the Polish government.

“A lot depends on whether the Polish authorities are professional and how high the Smolensk crash investigation is on their priority list. Assuming that we have serious authorities with a serious attitude towards the crash, Mr. Roth’s publication should have triggered a reaction,” said Colonel Andrzej Kowalski, when asked by portal wPolityce.pl to comment on what he thought the Polish authorities’ reaction to Jürgen Roth’s book should be.

Unfortunately, the current attitude of the Polish government towards the Smolensk crash means that there has been no reaction to the book by Mr. Roth at all. The above questions may well remain rhetorical. The authorities might have disregarded the book, whilst the recent news from Germany proves its value.
It has recently come to light that German intelligence, just two days before the Malaysian airliner MH17 was shot down in Ukraine, had in its possession a report, which indicated a potential danger for any aircraft flying over the eastern Ukraine at the time. This report had never been published or passed on to airlines as a warning, and therefore no action was taken. Such negligence led to the death of all passengers on the Malaysian flight.

However, the news from German intelligence does not only concern accusations regarding the Malaysian airliner. It also provides yet another reason to question the Smolensk crash. It is apparent that German intelligence outcomes can be credible, as confirmed by the tragedy of the Malaysian airliner. For that reason the German records regarding the Smolensk crash should be taken seriously, since they may help in establishing the truth. It is clearly visible today, when German media broadly publicize the shooting down of the Malaysian airliner. Therefore, the questions to the Polish government with regards to what has been and is being done about the revelations from Germany are valid, and providing answers should be a key priority.