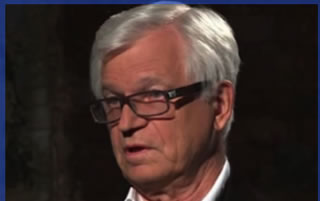 We are experiencing a period of increased interest in the matter of the extermination of Jews during World War II and unprecedented increase in accusations of Poles for participating in this extermination. The foundation for these slanders is the premise that we will remain silent about how the German occupation in Poland differed from the German occupation in other countries.

1. Only Poland never capitulated, did not surrender to the German invaders, and fought against Germany from the first to the last day of WWII.

2. Only in Poland no collaborative government or body was ever established as was the case in all other German-occupied countries.

3. Only in Poland there never were Polish armed forces colaborating with Germany, which was the case in other European countries - also those not occupied by Germany, and even fighting with Germany.

4. Only in Poland an underground state was formed - unique on a global scale.

5. Only Poles, despite the occupation of their territory, formed totally volunteer 650,000 army consisting of 400 thousand AK soldiers in occupied Poland and 250,000 soldiers alongside the Allies in the West; in other coutries armies were formed from compulsory recruitment.

6. Only in Poland Germany implement the plan to completely annihilate the patriotic elements of the local society.

7. Only in Poland there were frequent street round-ups – brutal hunts of the Polish civilian population - those caught in such operations were sent directly to the extermination and slave labor camps.

8. Only in Poland street mass executions of randoly caught people were carried out to terrorize the population.

10. Only in Poland 22.2% of Poles lost their lives as a result of German occupation. Thus Poland suffered the largest percentage population losses among all countries of the world; For comparison population loses in other countries were: - 0.8% Belgians, 1.5% French, 0.8% English.

11. Only in Poland Germany implemented the plan to erase the capital of the country from the face of the earth.

THE RELATIONSHIP OF THE UNDERGROUND STATE TO THE JEWS

12. Only in Poland none of the institutions of the Polish state participated in the extermination of Jews.

13. Only in Poland an institution named "Żegota" was created by the nationwide underground state for purposes of providing assistance to Jews.

14. Only in Poland the underground state has prepared reports documenting German persecution of Jews.

16. Only in occupied Poland the Germans introduced the death penalty for the slightest help to a Jew. The death penalty applied to a person who provided such help and to that person’s entire family.

17. Only in Poland the underground state introduced and implemented death penalty for blackmail - denunciation of Jews in hiding.